Youngistaan comes as a breadth of fresh air and current with youthful energy and power. 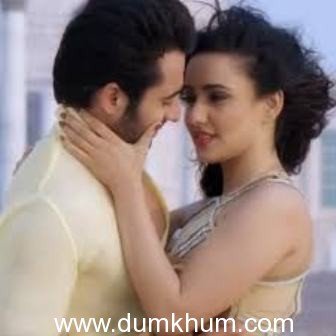 Let me at the outset make it very clear that I am not judging the logistics and the magnanimity of the plot & the subplot of the film, but today when cinema has evolved and ideas are floating a plenty why not a fresh approach to politics from young at heart Youngistaan of our generation, who has the will and spirit to bring forth a change in the general conditioned thinking of the masses at large.

You may find some similarity in the character of The Prime Minister designate 28 years old Abhinav Kaul upon whom such a huge burden of running the country falls, due to sudden demise of his Prime Minister father Boman Irani, with our ex late PM Shri Rajiv Gandhi, but that’s all there is to it. But for every idea to take of , you need some inspiration some place. It takes great guts and courage to undertake such a subject for a film and cast above all his son Jackky to do the honours of portraying the main protagonist’s role. But that’s Vashu Bhagnani, a veteran who has never looked back in his illustrious career spanning 20 years, while attempting a new theme, celebrates Youngistaan as his 25th Silver jubilee film.

The story is very simple as to how an Engineering student Abhinav Kaul son of the reigning PM of India, who is working for a Japanese who are into inventing new games concept, leading a carefree, worry free, Bindass life with his girlfriend of three years, is one fine day woken up from his dreamlike life by the news of his father taking ill and ultimately succumbing in the process. The onus of the responsibility as the caretaker PM of the country, without any experience but since it was his dads wish that he take over is imposed upon him out of blue. But as the seriousness of the task starts registering with him, he starts understanding the importance of it all. It is like a huge burden for both him and his girlfriend Avni ( Neha Sharma ), to adapt themselves to the given circumstances they find themselves in, very bitterly realising that Uneasy lies the head that wears the crown. All your freedom is hijacked and you are nothing but a puppet in the hands of people who guide you and the ones who protect you.

I had my reservations about the film, but after watching the proceedings it was like revelation of sorts. The whole exercise of watching the film was centred around the two young fresh people abundantly talented and putting in their best performance in the given situation. First & foremost Jackky has evolved hugely, as an actor, and taking on a role which even a seasoned actor would think twice is quite commendable. The vulnerability and the steely determination he gets into is very easy on the eyes. That serious brooding look and the care and concern for the person he loves is there to watch out for, and how beautifully complemented by Neha as Avni. She looks fresh and gorgeous right from the first frame. Those emotions of love, attachment, frustration are so very much visible through some lovely interactions and dialogues between her and Jackky. That charming bubbly look not only has Abhi hooked in the film, but leaves her impact on the viewers as well.

Without getting into the clichéd political plot the director concentrates on the main characters who are stuck into the situations of not their making, and how they ultimately sail through it. He has tried to rope in quite a few scenes, depicting today’s political scenario to keep the narrative flowing. One scene where Jackky is addressing the UN Council is vey smartly executed and performed. After Faltu and Rangrezz this will be Jackky’s most memorable role till date. Farooq Sheikhs last film ! And what a performance. Such characters are just cake walk for him. A tribute is paid in the beginning of the film to the versatile actor for his immense contribution to Indian cinema. Boman Irani, and Mita Vashisth has nothing much to do yet they shine in their small parts.  With four music directors the only number to create some sort of magic is Suno na Sangemarmar…. very melodiously sung by Arjit Singh.

Today when we are in the midst of oncoming general election, Youngistaan comes as a breadth of fresh air and current with youthful energy and power. It’s like a wakeup call for all those who have underestimated the power of youth.