The talented and gorgeous Swati Kapoor stepped into the threshold of her dreams in the year 2009. The Kanpur-based, B.Com graduate always loved to perform. She set out for B-town to realize her acting dream. She did not take up any special training for acting, yet she has proved that there is an immense amount of in-built potential in her. She is someone who works hard to get things done. She started gearing up by shooting port folios, auditioning, and polishing the actor in her. Since 2009, she has worked on various interesting projects in both T.V. and Film industry.
The first stepping stone of her career was when she played the protagonist in the television show “Kaali Eak Agni Pariksha” aired on Star Plus.  She utilized this platform to beautifully exhibit her talent and acting skills. Her hard work and dedication got her yet another key role as the main lead of the television show “Humari Saas Leela” that was broadcasted on Colors. She relentlessly worked towards grooming her acting skills, looks, and professional demeanor. She was ready to give it all she can to get ready for the big screen. 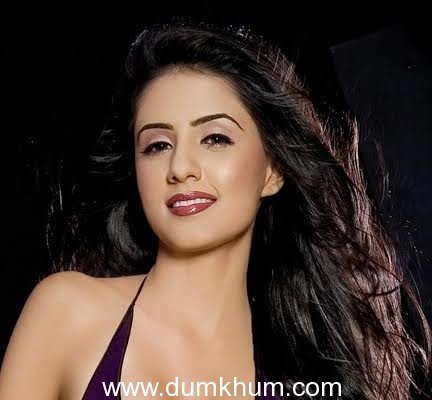 In her spare time she indulged herself into reading and cooking. She is also inclined towards art and craft, as she says that she loves making candles, scrap books, and cards. Cooking is like a stress buster to her and reading takes her to another world. This speaks a lot about her warm and endearing personality. She always seizes every opportunity to have productive day.

Lately she played the lead for a Punjabi film named “Mr & Mrs. 420″ releasing in 2014. The film is directed by Ksshitij Chaudhary and Swati Kapoor is the beautiful and jolly ‘Punjabi kudi’ in this film. This is yet another consistent addition to her career graph. A fabulous display of her acting, something she truly believes in. She is surely paving her path closer and closer to her dream.

Swati is presently shooting for a Bollywood film “FUDDU” as the leading lady. This film is the directorial debut of Sunil Subramani (Assistant Director of Anurag Basu). She will be freshly paired opposite a new actor. She says that she gave a nod for this role because she felt that character suits her well. The team has already started shooting with her. Swati knows that she has a long way to go and she has begun her journey into Bollywood.

The pretty girl-next-door is loaded with talent and confidence to keep it going. In the past 5 years she has nurtured the potential in her and has projected herself to be of some substance. With the amount of great work that she has done so far she seems to be quite promising.