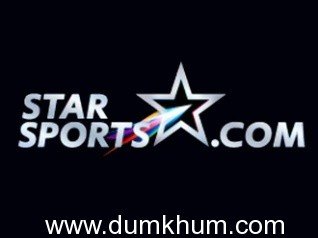 The video streaming of Pepsi IPL 2014 on starsports.com, India’s first multi-sports digital service, shattered many records on digital yesterday, including for the highest traffic for a sporting event outside the Super Bowl in the United States.

On the back of two big playoff matches, Chennai Super Kings vs. Mumbai Indians, and Kings XI Punjab vs. Kolkata Knight Riders, starsports.com hit a new high for a single day attracting 2.8 million consumers who followed the video service online.

Earlier this year, NBC Olympics had claimed the record for the most-watched authenticated stream for any Internet event when it generated more than 2.1 million unique video users on Feb 21, the day of the men’s semifinals game between USA and Canada. Prior to this year’s tournament, the biggest day on IPL was in April 2013 when Chris Gayle scored 175 for Royal Challengers Bangalore, a match that attracted around 1.5 million sports fans. The biggest record for a single day worldwide is still believed to be the 2014 Super Bowl on a sister service, 21st Century Fox’s foxsports.com, which attracted 5.5 million unique visitors.

starsports.com has garnered unprecedented traction since the beginning of the tournament, attracting more than 55 million visits in the last six weeks. These sports fans have watched 450 million minutes of video on the destination. Reflecting the underlying trend in video consumption in India, the destination crossed 1 million mobile video views in a single day for the first time.

Commenting on the achievement, Ajit Mohan, EVP and Head, New Media, Star India, said, “It was less than a year ago that we launched starsports.com. Our ambition was to redefine the sports experience for the Indian fan. For this service to take on and beat global records is no mean achievement. We have succeeded in creating a compelling new destination for sports, and that is a mobile screen.”

Added Sanjay Gupta, COO, Star India, “The Indian consumer is ready for a big shift in video consumption. starsports.com has shown the power of what can be done if we are thoughtful about creating a world class experience for the Indian consumer. Sports is just the beginning, expect more from us.”

starsports.com is India’s first multi-sports digital service with availability across the web and mobile. Powered by live and video rights, it covers the best of world sports including major cricket tournaments, BPL, La Liga and Serie A in football, F1, hockey, tennis and badminton.