The Strain makes its Exclusive Indian Airtime debut on the 19th of July 2014, Saturday 9 pm on Star World Premiere HD 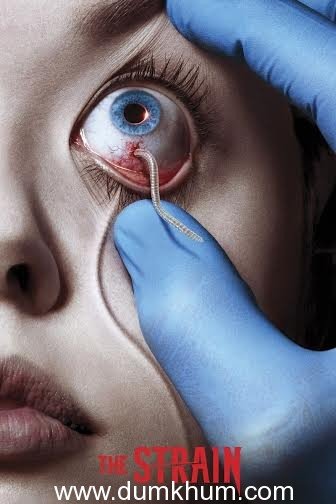 Star World Premiere HD brings to you an upcoming high-concept television series- The Strain, a chilling and compelling story that will upend everything you thought you knew about vampires. Created by Guillermo del Toro and Chuck Hogan, the series is based on the novel trilogy of the same name by the latter. The Strain tells the story of Dr. Ephraim Goodweather, the head of the Center for Disease Control Canary Team in New York City. He and his team are called upon to investigate a mysterious viral outbreak with hallmarks of an ancient and evil strain of vampirism. As the strain spreads, Eph, his team, and an assembly of everyday New Yorkers, wage war for the fate of humanity itself.

The Strain, is all set for its exclusive Indian television premiere on the 19th of July 2014, Saturday at 9 pm only on Star World Premiere HD.

Star World Premiere HD launched on September 24, 2013 and is a subscription only English Entertainment channel available on leading DTH and cable operators. Star World Premiere HD provides superior viewing experience with the exclusivity of Seeing It First. The channel showcases over 50 shows and 700 hours of fresh content in a year from the biggest studios like Sony, Disney, Warner, Fox etc. For the first time in television history, India is watching the latest seasons of TV shows with the world.