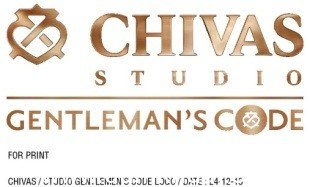 Star World & Pernod Ricard India announced a new breakthrough show, Chivas Studio – Gentleman’s Code, a weekly magazine show that will premiere on the channel on 12th January 2014 at 8pm, airing every Sunday. The show attempts to break the code of the new–age man and will delve into the very psyche of modern perceptions and the essence of what it takes to be a man in the 21st century. From hunter-gatherers to stay-at-home fathers, men have refashioned and redefined their roles over centuries. Even as the balance of economic, political and social power remains firmly entrenched in their favor, collectively, men have perhaps never faced as much scrutiny, pressure and competition as they do today. Add to this instinctive self-evaluation and you can imagine how interesting it will be to get men to tell us what makes them tick and to showcase what they really want. Gentleman’s Code aims to interpret this very clockwork of urban insights.

Speaking on the impending premiere of the show, Kevin Vaz, General Manager – English channels, Star India said, “Chivas Studio – Gentleman’s Code is an insightful probe into the psyche and inner workings of the modern Indian Man. We’re certain that our Star World audiences will be intrigued by what makes men tick and the show will portray a host of new and different aspects to the urban male.”

“The Chivas Studio 2014 explores a territory that has been taken for granted for centuries – Men! We have created a concept that captures emotions revolving around chivalry, friendship & brotherhood, emotions which truly reflect the fundamental philosophies of Chivas. “Chivas Studio : The Gentleman’s Code” will enter a man’s mind and decode the DNA of his psyche exploring this through friendship, sex, women, gadgets & toys, fashion, style and much more. It’s a show which will become a Man’s guide to life and the mystery that makes men what they are.” Comments Sumeet Lamba, Executive Director, Pernod Ricard India on the launch of the show.

In 6 one-hour episode specials, hosted by journalist-author Aatish Taseer, Chivas Studio will celebrate and simultaneously decode the urban Indian man and address the revered institution of the male fraternity. This magazine series will get you the answers to all these questions and throw up new ones!

The show will feature a host of high-profile guests like Priyanka Chopra, John Abraham, Karan Johar, Barkha Dutt, Chetan Bhagat and many others.

The contemporary yet classic show gives a ringside view into a man’s mind and distill the much sought after and distinctive elements that make up the modern man. The show will touch on themes including relationships, money, status symbols, style and friendships, amongst others.

Chivas Regal is the one of the leading super-premium blended Scotch whiskies in the world and a true global brand owned marketed and distributed by Pernod Ricard. Pernod Ricard is the world’s co-leader in wine and spirits. Since its creation in 1975, the company has undergone steady development, founded on organic growth and successive acquisitions.