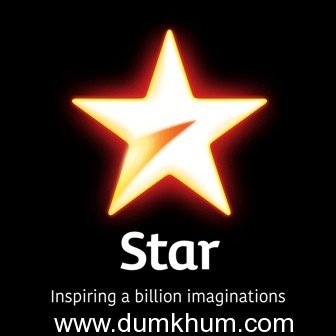 For the first time ever, television’s most celebrated and premiere awards night will be simulcast live in India across the Star bouquet of channels. Touted as TV’s biggest night, the glamorous gala held annually witnesses the best names from the television fraternity walking the red carpet pre-show. From first time nominees to returning favorites each year, the best on prime television are rewarded. Viewers wait in anticipation, rooting for their favorite shows and actors to win the iconic Emmy award.

Nominations for the 66th Emmy® Awards were announced last night by the Television Academy in California. For the first time, they implemented online voting for the nominations phase of the Emmy Awards.  The Academy’s membership embraced this change with a meaningful increase in voter participation, nominating programs and performers from broadcast, cable, premium cable and digital outlets.  These nominations underscore the membership’s dedication to recognizing quality content regardless of platform.

While Game of Thrones was the most nominated program with with 19 nominations, celebrated miniseries Fargo received 18 nominations and American Horror Story: Coven that aired on Star World Premiere HD received 17 nominations.  Other programs receiving ten or more nominations include Breaking Bad (Currently airing on FX), The Normal Heart, Saturday Night Live, House of Cards, Downton Abbey (Due to air on FX), Orange Is The New Black, True Detective and Modern Family (aired on Star World), among others.

This year’s performer nominations include a renowned group of actors many of whom are past Oscar nominees and winners.  This includes Chiwetel Ejiofor in Dancing On The Edge, Matthew McConaughey in True Detective and Julia Roberts in The Normal Heart, all of whom were nominated for an Oscar this past year.

Kevin Vaz, General Manager, Star India Pvt Ltd- English cluster says, “This is our first year as official broadcast partner for the Primetime Emmy Awards in India. Our vision is to make Emmy’s a household name in India like The Oscars and it’s for this very reason that we will simulcast the original airing and its repeat across our English GE Channels. Some of our biggest shows like Homeland, Breaking Bad and Mad Men have been nominated and we are glad that this year we will celebrate International TV’s biggest night on India’s biggest English Entertainment Network.”

Hosting the “66th Primetime Emmy® Awards”, will be Primetime Emmy winner Seth Meyers, a dynamic and multifaceted television personality all set to charm audiences with his inimitable wit. He shot to fame for his no-hold-barred style of commentary as a television anchor in the widely popular series Saturday Night Live, and is now the host of the talk show, Late Night with Seth Meyers. The event will be held at the Nokia Theatre in Los Angeles at will be telecasted at 5:30 am IST with a primetime repeat telecast at 7 pm IST on the 26th August 2014. After telecasting the celebrated Academy Awards, known as The Oscars on Star Movies, the Emmys is yet another premier broadcast acquisition to Star’s prolific portfolio.