Star Plus continues its inspirational brand journey of ‘Nayi Soch’ 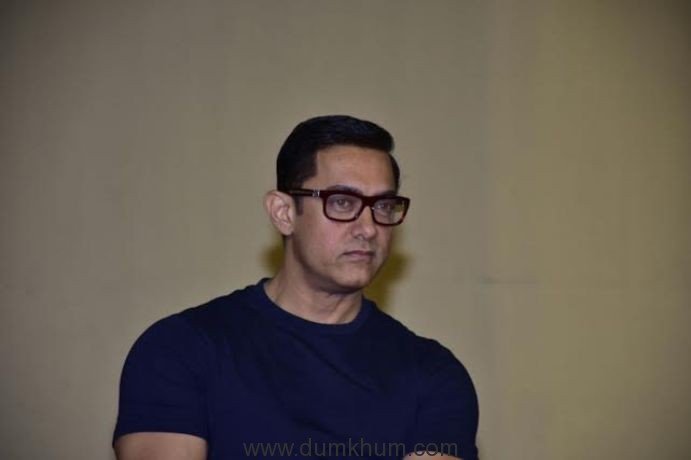 With another global first campaign on gender equality ! Partners with Aamir Khan on eve of Women’s day !

Star India has constantly endeavoured to inspire social change through its thought-provoking programming, and this mission is reflected in the journey of its ‘Nayi Soch’ (new thinking) campaigns, which have continued to positively impact millions of lives.

In further pursuit of its mission to spark social change through its ‘Nayi Soch’ campaign, Star Plus has released the next chapter in the inspirational series — a special Women’s Day communication featuring none other than superstar Aamir Khan. Created by Ogilvy and directed by Nitesh Tiwari of Dangal fame, the Women’s Day special of ‘Nayi Soch’ puts the spotlight on one of the nation’s biggest social issues of gender inequality and takes it head on.

Uday Shankar, Chairman & CEO, Star India, says, ”We at Star believe that daughters are equally capable to bring laurels to their families and society. Our latest Nayi Soch film reflects this confidence. It not only questions the gender discrimination that still exists, but also iterates our belief that it is time for fathers to step up and inspire their daughters with confidence and self-belief. Aamir Khan brings great credibility and empathy to the role of a father whose progressive thinking gives his daughters the freedom to flourish.”

The brand film is a reflection of how in a Nation of over 10 million shops and establishments, it is hard to find even a single one that holds the title of “And Daughters” – it is always ”And Sons”.

Star Plus and Aamir Khan come together once again to bring alive the philosophy of ‘Nayi Soch’. With this creative, the communication puts the spotlight one of India’s biggest social issues – that of the need to extend equal rights to our daughters. The brand film showcases Aamir as a small-town, middle-class but new-age father who is progressive and confident that his daughters will take ahead the legacy of his business. The symbolic act of naming the store ”And Daughters” is a global first in thought and establishes a positive role model that could potentially have a ripple effect on society. This progressive thinking embodies the spirit of ‘Nayi Soch’ and is a reflection of the channel’s mission of Creative Social Responsibility.

On being asked for his views, Aamir Khan asserted, ”I think it is a great initiative by STAR Plus. The film is a tribute to all the proud dads and their daughters who became the beacons of change.”

The film ends with the thought-provoking line, “Kaamyabi na ladka dekhti hai na ladki. Kaamyabi sirf soch dekhti hai.” (Success does not consider whether one is a boy or girl; it only takes powerful thoughts into account). That is what ‘Nayi Soch’ is all about.

About STAR India
STAR India has defined the Indian media landscape since 1991 and today is one of the country’s leading media conglomerates, reaching approximately 650 million viewers a month across India and more than 100 other countries. STAR generates 20,000 hours of content every year and broadcasts 50+ channels in 8 different languages, reaching 9 out of 10 C&S TV homes in India.

STAR is set to drive the agenda on digital content consumption in the country with Hotstar, STAR’s revolutionary digital platform that brings your favourite TV shows, movies and sports in one destination.