A massive earthquake of 7.8 magnitude struck Nepal on April 25, 2015, the worst to hit the Himalayan Kingdom in 80 years. In India, states of Bihar, West Bengal and Uttar Pradesh have also suffered the wrath of the earthquake. 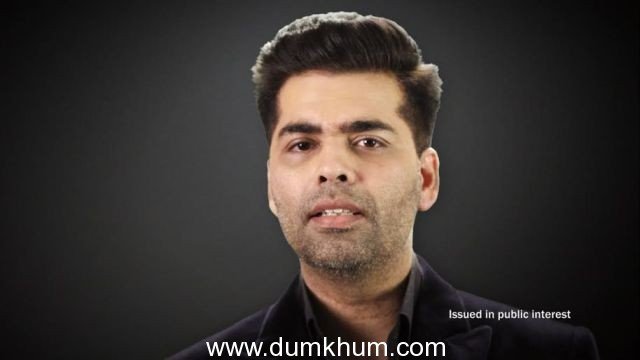 The Star India campaign will involve Bollywood celebrities like Ranbir Kapoor, Karan Johar, Anushka Sharma Preity Zinta and a host of Star network’s renowned icons who will appeal to Indians for donations, which will be channeled directly to CARE India. Viewers will have an option to donate online, or through cheques or demand drafts. The campaign will work along the lines of Operation Maitri, initiated by the Indian government.

“A tragedy has struck our neighbouring country resulting in a devastating loss of life, infrastructure and resources. We believe it is our responsibility to leverage the power of television as a force for good to help mobilise relief and provide immediate life-saving assistance to those affected,” Mr Uday Shankar, CEO Star India, said. “We are happy to associate with CARE India, an NGO highly respected for its humanitarian and development work in India and extremely humbled to see that our initiative has been embraced by some of the leading lights of the entertainment industry to appeal for relief.”

CARE India has been working in India for over 60 years, focusing on ending poverty and social injustice. The NGO is assessing the situation on the ground in all the affected areas of Nepal and moving relief material where it is needed most. CARE has begun distribution in some of the areas and hopes to reach out to more than 50,000 people in the coming days.

“We would appeal to all Indians for funds to ramp up the emergency response and provide immediate life-saving assistance to those affected. We are thankful to Star India for helping us raise funds for Nepal where millions are awaiting humanitarian relief. The country is running out of food, water and shelter and the onus is now on us to help them,” said Dr. Nachiket Mor, Board Chair, CARE India.

STAR India has defined India’s broadcast media for over two decades and is today one of the country’s leading media and entertainment companies. It broadcasts more than 40 channels in 7 languages, reaching more than 720 million viewers every week across India and 100 countries. The network’s entertainment channel portfolio includes Star Gold, Channel V, Star World, Star Movies, Star Utsav, Life OK, Movies OK and Star Plus, India’s No. 1 General Entertainment Channel. It has a leading presence in regional broadcasting as well, through a bouquet of affiliate channels which includes Star Jalsha, Jalsha Movies, Star Pravah, Asianet, Asianet Plus, Suvarna, Suvarna Plus and Vijay.

CARE has been working in India for over 60 years, focusing on ending poverty and social injustice. CARE India is a part of the CARE International Confederation working in 87 countries for a world where all people live with dignity and security. With its presence in 15 states covering more than 200 districts and 2100 blocks; CARE India reaches 38.4 Million persons directly with health, education, livelihood and disaster related interventions.

CARE’s interventions especially during emergency relief have been appreciated by – Chief Minister of Uttarakhand during Uttarakhand Floods, District Collector of Rajouri in Jammu & Kashmir during Jammu Kashmir Floods and Government of Odisha during Phailin Cyclone in recent times. CARE in India has history of response in all major emergency situations in close coordination with government and civil society organisations. CARE’s Disaster relief support in 2014 reached 58,430 disaster affected people in Jammu & Kashmir, Andhra Pradesh and Uttar Pradesh in 2014 .

CARE’s interventions in health, education and livelihood have been recognized by both government and corporate sector.