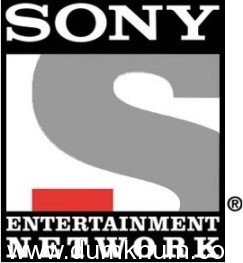 Man Jit, who was previously Chief Executive Officer, Multi Screen Media Pvt. Ltd. (MSM), the operating company that manages Sony Pictures Television’s TV networks in India, will continue as Non-Executive Chairman at MSM while transitioning from his role in the Television division to his new role in Home Entertainment.

“Man Jit is a savvy global executive with a long track record of success at Sony Pictures, having built our Indian TV channels into high-performance, high-margin businesses. I am confident in his vision for Sony Pictures Home Entertainment and his ability to provide strong leadership for the division as the marketplace continues to evolve,” said Lynton.

Under Man Jit, Sony Pictures Television’s Indian TV networks leveraged changing technologies and consumer behaviors to grow into some of the most profitable and highest-rated channels in the market.

“As the ways in which consumers experience our content continue to change and multiply, our organization and its strategy for delivering content must evolve to meet the demands of the market. I look forward to building on the foundation of innovation and operational discipline at SPHE to position this business for future growth,” said Man Jit.

On N.P. Singh’s appointment to CEO of MSM, Man Jit added, “NP and I have worked closely together as equal partners these last five years and the success of the company is largely due to his efforts. The time has come for him to lead the company to the next level and I fully expect the innovations he brings as CEO will ensure we have years of success ahead. As the Non-executive Chairman of MSM, I look forward to supporting NP and will continue to remain involved with the Indian television industry.”

In his new role at MSM, N.P. will continue to focus on developing original, local-language programming and expanding the audience for MSM’s eight highly-profitable channels across India and the more than 70 countries around the world where they are viewed.

Man Jit Singh has a strong background in technology, entertainment, and consumer products, with over 20 years of experience in global operations. He has worked in North America, Europe, Asia and Australia. Since 2009, he has overseen Sony Pictures Television’s Networks business in India, which includes SET, SAB, PIX, AXN, MIX, SIX, LIV and MAX. Man Jit was previously Chairman of the Board of Directors of MSM. He spent much of his early career in general management consulting, and he held senior positions at firms including Sibson & Co., LLP in Los Angeles, The Cast Group AG in Zurich, Switzerland and Los Angeles, and Cresap in Los Angeles. Man Jit began his career at Nestle India.

N. P. Singh originally joined MSM in 1999 and has been Chief Operating Officer of MSM since December 2004, overseeing day-to-day operations at the company’s highly profitable TV channels and working closely with Man Jit on long-term strategies for continued growth. Previously, Singh served as Chief Financial Officer. Before joining MSM, N.P. held Chief Financial Officer roles at Spice Telecom and Modicorp, and was Controller at Modi Xerox Limited, in addition to other positions.