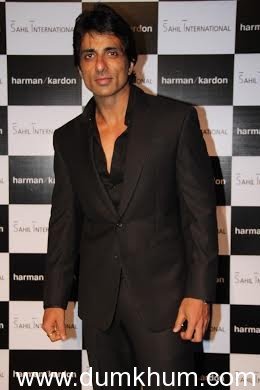 Sonu Sood has proved his mettle as an actor not just in Bollywood but also south industry including Tamil, Telugu and Kannada film industries. Considering Sonu’s popularity, the handsome hunk was recently offered a Marathi film but the versatile actor politely turned down the offer since he does not know the language well enough.

A source informs, “The makers of the Marathi movie approached Sonu and narrated him the script. The actor liked it but the only problem was that the makers wanted Sonu to start shooting the film by July. Being a Punjabi, Sonu is not very fluent in Marathi and requested the makers if they could give him some time to learn the language.”

“Sonu prefers to get the fluency first which he got in other South languages too. Sonu speaks several south languages which has impressed the south industry so much and has made him the most in-demand North Indian actor in South ever,” the source adds.

Sonu informs, “I was offered the role a few days ago. I informed them that I am not well-versed with the language, and would need time to learn it before the shoot began. But since they have already lined up the schedule and could not delay it, I had to turn down the offer. I had learnt Tamil and Telugu before working in films from the respective film industries. The Marathi film industry has been producing great content. I did not want to look unprepared.”