Shiamak and Marzi at DID Li’l Masters! 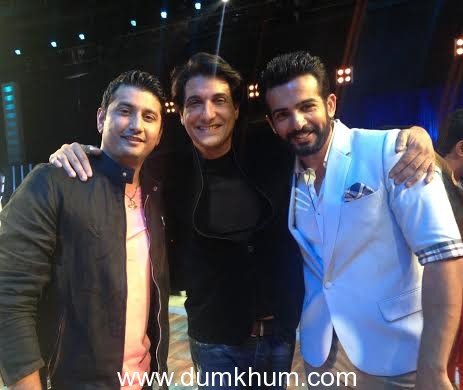 It was all about dancing, singing and lots of laughter on the sets of Dance India Dance- Li’l Master 3 as the guru- shishya team of Shiamak Davar and Master Marzi came as celebrity judges on the show. The contestants were in awe and listened carefully as Shiamak gave them important pointers about their performances. Referred to as the ‘Maha Guru of Dance’ on the show, Shiamak took an impromptu dance class for all the kids and their skippers who were very excited to learn from him. 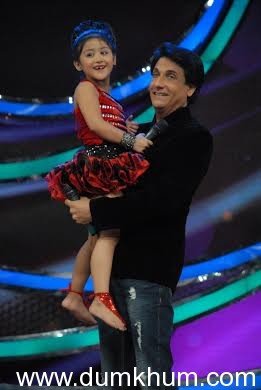 ‘It was like coming home. In the initial days of my dance career I did a show called Body to Body, Sole to Soul with Zee and from there to now, I always felt at home with Zee TV.’ said Shiamak. Talking about the talent on the show, Shiamak went on to say ‘DID is a fabulous platform for people to show their talent. In fact with Li’l Masters, this is an opportunity for kids to give their talent a direction at an early age and grow as dancers.’ Impressed with one of the contestants, Shiamak gave her a scholarship in his One Year Certification Program for Juniors where she will get to learn from the best faculty at his dance school and from abroad. Marzi who has been a judge on the show and is a favorite amongst fans, was welcomed back with open arms! ‘Just like for Shiamak, this is like home coming. I love being on the DID sets and the team is a pleasure to work with. My Super Moms were there and all the other contestants from other seasons…. It was like one big party’. He was at his funny best and had everyone on the set in splits! 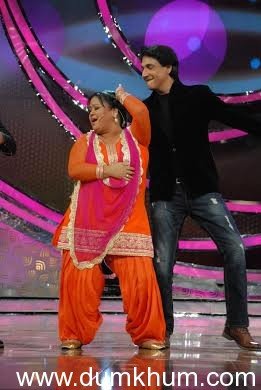 Selfies being the latest rage, Shiamak decided to take a selfie with the performance he thought was best and like all popular selfies, this is going viral too! The highlight of the episode will be the dance off between Shiamak and Marzi to woo Bharti. So if you want to see dance at its best with lots of laughter, you can’t miss the next episode of DID Li’l Masters!