Shastri Sisters are coming to town… 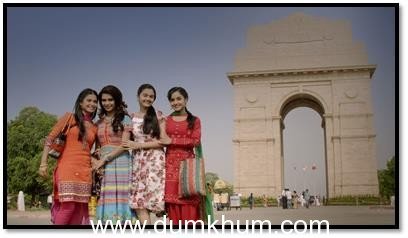 Ever since the first promo of COLORS’ upcoming fiction offering hit airwaves, audience anticipation has been at an all-time high to get a glimpse into the lives the Shastri Sisters! COLORS today announced the launch date and time slot for the show. Shastri Sisters will be going on-air starting 21st July, 2014 and will air every Monday to Saturday at 7.00 PM on the channel.

Shastri Sisters traces the journey of four sisters as they move from Kanpur to Delhi along with their father. The story speaks of the challenges faced by them on being uprooted from their childhood homes and their support for each other through life’s hardship and struggles. On the show, Neha Pednekar will be essaying the role of the oldest sister Alka, Ishita Ganguly will be seen portraying the character of second sister Anushka, Sonal Vengurlekar will portray the role of the third sister Devyani and Pragati Chourasiya will be essaying the character of the youngest sister Peeya.