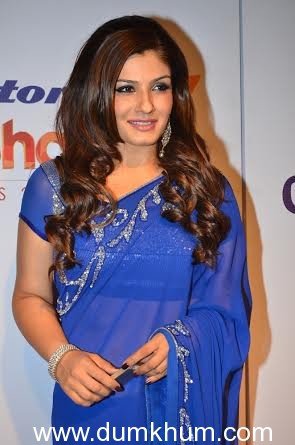 Actress Raveena Tandon, who was recently on the sets of comic show Mad In India, decided to be proactive and entertain the audience with a few dance steps during the long breaks between rehearsals.

A source attached to the show said, “Between the rehearsals, some of the performers were dancing to keep the audience entertained and on seeing this, Raveena, who was on the sets, also sportingly joined them and grooved on the stage to Shammi Kapoor songs, earning the applause of the audience.