Raghav Juyal: ABCD 2 helped me improve as an actor and evolve as a dancer After setting hearts fluttering with his moves on a dance reality show, the Dehradun-based Raghav Juyal, who made his debut last year with Rohan Sippy’s Sonali Cable, is set for a big screen release with ABCD 2 alongside Varun Dhawan and Shraddha Kapoor.

Raghav is known as the King of Slow Motion and his stage name ‘Crockroaz’ – an amalgamation of being powerful like a crocodile and creepy like a cockroach. Talking about his upcoming big ticket dance flick, Raghav says, “ABDC 2 has a different aura and that helped me improve as an actor and evolve as a dancer. There is a lot of Raghav in my role.” 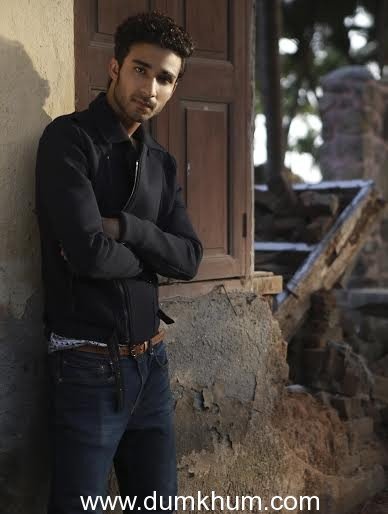 For Raghav, the best part of ABCD 2 was shooting in Las Vegas and fun on sets. “There were moments when I would start laughing every time Prabhu sir (Prabhu Dheva) gave a shot. I couldn’t control my giggles and because of me, they had to shoot the whole scene again. Prabhu sir got back to me by laughing every time I had to give a shot, it was so distracting,” informs Raghav.

On sharing the screen space with Varun, Raghav says, “He is a humble actor. I remember, once after the shoot, the entire cast including Varun stayed at my place. He missed his father’s call all night. So when in the morning his father called, he was way too tensed, just like a normal guy who has probably bunked college and is about to be hauled up for the same.” Having worked with Terence Lewis earlier, what was the experience of working with Remo D’Souza and Terence? “Both their dance styles are totally different. Remo sir is very relaxed – you will never see him tensed. Terence sir is always calm and composed. I’ve learned these qualities from them.”

For Raghav, dance is, “A movement of feelings. When I am dancing, I don’t see what is happening around me. I get inspiration from everything and everybody.