Quotes  from The EPIC Channel as follows for quotes on International Women’s Day: “Ruqaiyya Begum is the Pasha begum- Akbar’s wife. The most important woman in the Zenana. However, she does not have any real direct power because, like all women in the zenana, she works through her shrewdness and intelligence to make things happen according to her will. In today’s world, women have a great level of freedom and independence- but only on a superficial level. Most women are still dependent on their fathers or husbands for social and financial security. We may have stepped out of the walls of the zenana but we are far from free and nowhere near an equal footing.”

“Siyaasat explores the story of an extraordinary girl who went on to rule one of the largest and most successful empires the world has ever known. Mehrunissa is known to history as Empress Noor Jahan. As an actor, playing the role of Mehrunissa enabled me to delve deep into all the influences that helped mold the most powerful woman in Mughal Times. I think we can all agree thath the world must change and that it can be a far better place than what it is today. And what better way to bring it up to speed than by celebrating international Women’s Day with a pledge to stop atrocities and inequality against women. Women after all, make up half the population of the planet! Empower them, empower mankind.” 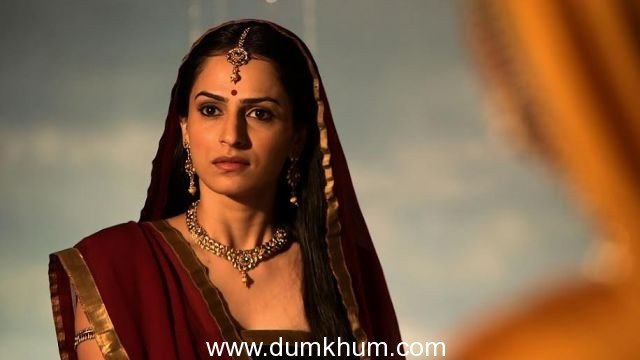 “I have been fortunate to play Draupadi’s role. Draupadi is one of the highly remembered women from Indian mythology. She portrayed strength, beauty, love passion in the most elegant way. Women empowerment to me is that women should have the right to speak their minds, should not be judged at any point, should have the right to choose their careers and be independent, their feelings and thoughts should be heard and not be suppressed. And above all they should be respected and loved because they are the ones who give birth to more beautiful lives.”