Neelu Vaghela aka Bhabo fights for the women! 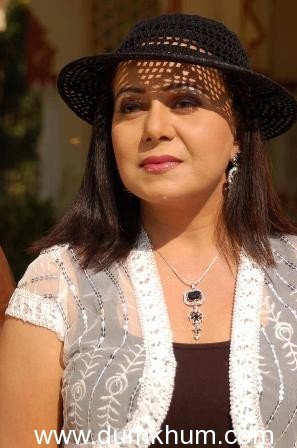 Initially hesitant, Neelu Vaghela aka Bhabo of Diya aur Baati Hum, on request of Sachindra Sharma agrees to act in latter’s Mumbai Can Dance Saala playing a social worker fighting for the women!

Neelu Vaghela continues to win the heart of the audiences through the hit TV serial Diya Aur Baati Hum playing the character of Bhabo which caught the eye of the Real life stories writer & director Sachindra Sharma who managed to cast Neelu for his next venture based on the life of Crorepati bar dancer Tarannum; Mumbai Can Dance Saala. My friend Ganesha fame writer; Sachindra Sharma was keen on having Neelu as a part of Mumbai Can Dance Saala, yet another scintillating insight in the world of bar dancers, he mentions, “It is true Neelu was hesitant earlier but after hearing the script & learning about her role as a fighter for rights of women she readily agreed to be a part of the film. More than her ever rising popularity, it is her conviction in acting that made me ask her to be a part of the film. I come from Rajasthan & she has ruled Rajasthani Cinema. She is a fabulous actress.”

Bhabo, the most loved character in Diya aur Baati Hum will be seen playing as a fighter for women’s rights in Mumbai can Dance Saala. Also apparently, Neelu who with her husband Arvind Kumar stood as the 2nd runner up in a dance reality show Nach Baliye liked the concept of Mumbai Can Dance Saala which revolved around dancing interested the Rajasthani & TV actress & hence decided to act in the film.