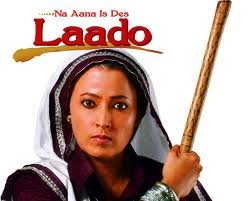 Na Aana Is Des Laado, COLORS’ landmark show that launched in March 2009 is coming to an end. With strong characters like Ammaji who became synonymous with the show, Na Aana Is Des Laado created a powerful impact among audiences. After a successful run of over 4 years, the show that reached out to millions of viewers and became a topic of family discussions is drawing curtains on a positive note.

Within a few months of its launch Laado generated national conversations not only for its strong concept but also powerful characters that will go down in the history of television. Iconic characters like the authoritative Ammaji – the Sarpanch of Veerpur to the docile yet strong Siya, Raaghav, Amba will be remembered for times to come. The show was no less than a prime time blockbuster followed by many at the 10:30 pm slot that later moved to the afternoon slot. Over the past 4 years, viewers lived through Ammaji’s journey from being a stern Sarpanch in approval of female infanticide to the leap and eventually her fight for her granddaughters – Diya and Janhavi survival. After a successful run of 850 episodes, it is time for the show come to its natural end giving way to new content and ideas.

Commenting on the wrapping up of ‘Na Aana Is Des Laado’, Prashaant Bhatt, Weekday Programming Head, COLORS said, “We do not believe in stretching a story unnecessarily, rather end at an appropriate note. We are happy with the recognition and appreciation that the show has received so far and believe that it is time to wrap up the show. Drawing curtains to this fiction show makes us proud about having created such a bold series and we promise to continue to innovate and experiment in our future programming as well.”