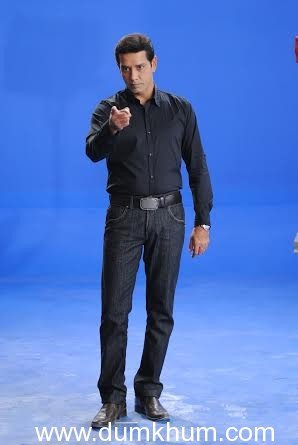 Mumbai, a city that never sleeps. A city where a woman had always felt safe. That truth was shattered one August morning in 2013, when Mumbaikars woke up to the news of a brutal attack on a woman in August 2013. Mumbai has never been the same again.

A young scribe on an assignment with her colleague fell prey to a brutal gang rape in broad daylight,   scarring her life forever and leaving a permanent shadow on the safety of women in Mumbai. The young girl’s colleague was assaulted & left helpless. Adding macabre insult to injury, after the attack, the monsters clicked the girl’s pictures on their phones and threatened to upload them on the internet if she lodged a complaint against them.

Facing her fears, the girl, with the support of her friends and family, gathered her courage and reported the incident. This case was now not only a fight of this girl but of the entire nation for justice. Within 8 months, the session’s court awarded death sentences to three of her attackers and a life term for the fourth convict in the case.

Host Anup Soni said, “We have been always known as pioneers in depicting the brutal cases in the society. It is important to throw light on such critical and heinous issues with the aim of coming together to bring about a change in our society and rectifying the loopholes. The purpose is not to get into details of the case but to identify and change the limitations that exist in our society. It is talking about remedies, cures and precautions without exaggerating the rape case.”‎

In an attempt to wake and shake the nation yet again towards issues pertaining to protection of women in our country today, Crime Patrol, Sony Entertainment Television’s crime series will be narrating a special series on the infamous Mumbai Gang rape case.