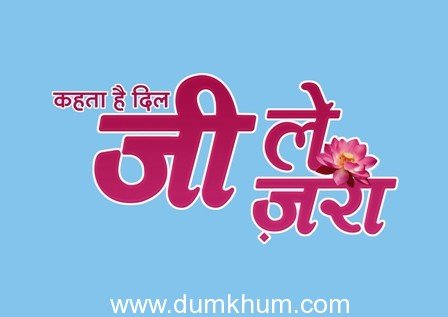 In tonight’s episode everyone is busy in the preparation except Ajji. Dhruv convinces Ajji to let Saachi sell her jewellery. DV tells Saachi bun hairstyle will look good on Saachi. As she hops on Jeep she tries hair tied up and smiles as DV looks at her and says nice. Saachi sells her jewels with heavy heart. At Temple Saachi invites Pradeep and Deepali for Prachi’s Wedding. Saachi shows everyone the sangeet outfits she has bought. Sunil’s mother proposes her cousin brother’s wedding with Saachi. Daadi and Ajji send DV to talk to Saachi and convince her. DV feels weird and is confused about his own feelings. 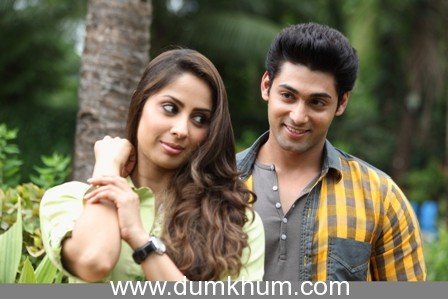 In tonight’s episode ,lawyer informs Saachi they have got hearing date on 26th. DV meets Saachi and tries to convince her to at least meet sunil’s mama but he fails to do so as he doesn’t try his best. Ajji and Nani ask DV if saachi agreed and he just halfheartedly nods. They ask Saachi if she will meet Rishi and she agrees. Next morning preparations for mehendi are taking place. Saachi doesn’t like the flower arrangement. She shouts at flower guy and decides to do the job herself. DV offers her juice and makes sure workers do their job. Mehendi is being applied on Prachi’s hand. Ajji tells Nani to keep left over mehendi of Prachi for Saachi so that she also gets married soon.  Dilshaad tells saachi to get ready in her room. Saachi gets ready at Dilshaads house and meets DV. He gets lost in Sacchi’s beauty.

In tonight’s episode ,everyone is dancing and Saachi looks at Prachi and gets emotional. Dv notices and gives her hand kerchief to wipe tears. Saachi and family welcome Sunils family. Saachi’s earing falls and Rishi picks it up. DV helps saachi in finding her earring. Rishi gives Saachi’s earring to her. Dv is shocked at rishi being attractive.  Dv dances on salame ishq song, everyone else join him. He envies Rishi dancing with Saachi.. DV feels Rishi is right guy for Saachi when he finds Saachi’s family getting close to Rishi.  DV feels bad that sunil’s mother says about neighbor v/s family members. Rishi makes him feel like a guest and helps out instead of Dv himself who has been helping Saachi all along so he is jealous.

In tonight’s episode, nani suggests that Saachi take Rishi for a walk and show him the colony. Saachi and Rishi have nice conversation and as they laugh Saachi’s eyes fall on DV and Dilshaad. DV feels uneasy. Saachi’s bangle gets stuck in Rishi’s cufflinks. As they get close while removing it DV feels pain and is feeling the anger within .He is confused with his feelings and does not understand it. DV puts forward his opinion about Rishi that he is trying to be overly nice. Saachi tells him not to be   judgmental. DV is stunned to find Pradeep and Rishi boozing in a car. DV fumes as Pradeep and Rishi are chatting. When Sunil’s mother praises Rishi, DV questions Rishi why he could not drink in front of everyone. Sunil’s mother gets angry and tells Saachi to throw him out. Saachi is in dilemma.

Tune in to Kehta Hai Dil Jee Le from Monday to Thursday 9:15pm only on Sony Entertainment Television