“Life is OK when you start learning to laugh at yourself” is what a great man said once. Actually we made that up but its true nonetheless!!!

After mythology, thriller, drama, action and reality shows, Life OK is all set to explore the comedy genre with the launch of its new show Laugh India Laugh. The show produced by Endemol India premieres on Life OK on 15th July at 10 pm and promises to translate every smile into a hearty laugh. If you feel mundane issues like inflation, corruption, politics which are all over the news everyday can only bring a frown on your face….think again….your daily date with Laugh India Laugh will replace the frown with a burst of laughter. 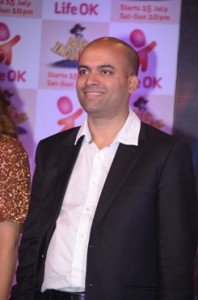 Laugh India Laugh is a competition amongst aspiring stand up comedians for whom being on stage and receiving a grand applause or a loud roar of laughter, every single time is a given. The contestants have been selected from India as well as from different countries across the world. Seasoned comediansShekhar Suman and Chunky Pandey, who believe that a day is wasted if laughter isn’t a part of it, will form the judging panel of the show, accompanied by popular singer Mika Singh in the show’s first week. The show will also have performances by popular artists such as Raju Srivastava, Chandan Prabhakar and more.

During its initial week, Laugh India Laugh will air daily at 10.30 pm, while ‘India decides’ the top 18 contestants getting the maximum votes. From thereon, beginning July 21st the show will feature in the weekend slot, Saturday and Sunday at 10 pm for the rest of the competition. Keeping the tempo high, laughing and making others laugh in the face of elimination is true courage! 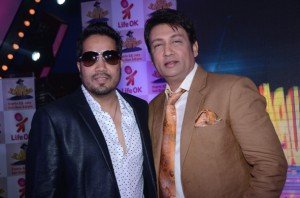 Speaking at the launch of the show, Ajit Thakur, General Manager, Life OKsaid, “The programming of Life OK mirrors the life of the middle class India, with our core philosophy being to ‘cherish what we have’. Reiterating our philosophy, we believe it’s extremely important for people to put aside all their problems and just enjoy life with some great laughter! Thus, we are launching Laugh India Laugh, a show that puts a lighter spin on these struggles and also ensures some great laughs.”

Deepak Dhar, CEO – Endemol India added, “We are very delighted with the launch of the refreshing new series called Laugh India Laugh. We are happy to have the laughter franchise back on air on Life OK. The new contestants with their versatility and talent will have the whole nation in splits. We are certain that this family entertainer will strike a chord with the audience. At Endemol it is our constant endeavor to create innovative programmes that excite viewers from across various genres.” 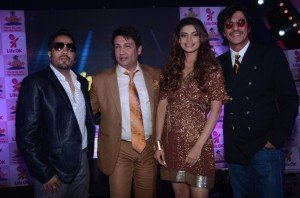 Shekhar Suman said, “It feels great to be back judging standup comedy. Standup comedy is a great way of understanding the nuances around you with satirical linings that have been left untouched by the society. Laugh India Laugh is one of the few comedy shows on television to be solely driven by clean comedy content. From grandmothers, youngsters to children, the show can be enjoyed by one and all. I believe that’s where the beauty of the show lies. I can promise you that some of contestants will become the most popular comedians, beating the current stalwarts.”

“Laugh India Laugh” is my first television show as a judge in the comedy genre. The 22 contestants of the show come from varied backgrounds and it’s going to be very interesting to see a clash between such contestants. I am looking forward to some great comedy”, Chunky Pandey said. 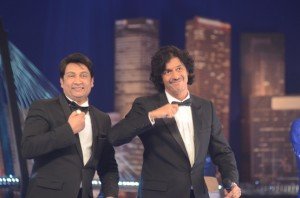 If you believe in laughing out aloud, tune into Laugh India Laugh premiering 15th July at 10 pm only on Life OK.

STAR India has defined India’s broadcast space for the last two decades and is today one of the nation’s leading media and entertainment conglomerate.

It broadcasts 33 SD and 5 HD channels in eight different languages to more than 400 million viewers every week across India and 100 other countries.

Star India is a wholly owned subsidiary of News Corporation 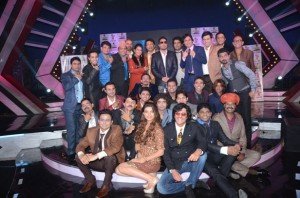