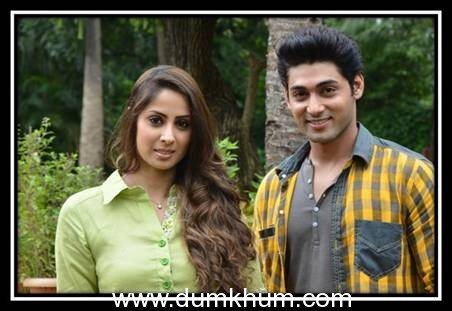 30th December, Monday –   Just as the family is about to bring in the New Year, DHRUV walks in. She tells him that henceforth she will trust him completely and will express her feelings. Dhruv feels very guilty and tries to tell the truth to Saanchi but something or the other keeps happening and he cant. Pradeep tells Sunil about DHRUV’s truth. Sunil informs Prachi of the same and asks her to mend relations with Saanchi. Dhruv returns the ring to Saanchi as he feels that she trusts him completely now. Saanchi is ecstatic.

31st December, Tuesday-   DHRUV feels very guilty for hiding the truth from Saanchi. He decides to call her up but then thinks he should first call his father to talk to him about his relationship with Saanchi. But his father is busy and says he’ll talk to him after 15 hours once he is back in India. Prachi’s mother-in-law asks her to mend relations with Saanchi and go to Prabhu Niwas to meet her. Aaji talk to DHRUV and asks him to trust his relationship with Saanchi and everything will be alright. DHRUV musters up the courage to tell the truth to Saanchi about his identity. Just as he reaches Prabhu Niwas, Prachi has revealed to Saanchi and the family that DHRUV is Yashvardhan Goel’s son. Everyone is shocked at this revelation and look at DHRUV for an answer!

1st January, Wednesday –   Saanchi is in a state of complete disbelief and shock at the revelation. She questions DHRUV about the same who confirms that he is Yashvardhan Goel’s son. She returns the ring to DHRUV. Pradeep comes to Prabhu Niwas and adds fuel to the fire. Aaji and nani are shocked and ask DHRUV why he hid such an important thing for so long. When he tells them that he wanted to tell his parents first, they ask him to get his parents to meet them so that he can win back everyone’s trust. DHRUV leaves. Pradeep informs Anway that DHRUV is going to talk to his parents. Anway calls up his father to break the news of DHRUV’s relationship with Saanchi but father asks him to meet once he is back in India. When DHRUV reaches the airport, Anway has already picked up his parents and left from there.