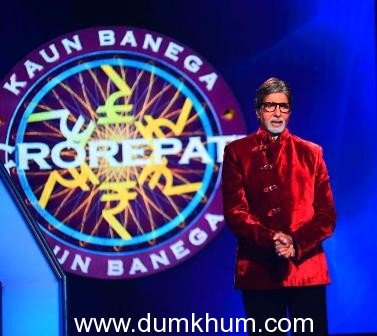 In tommorow’s episode, roll over contestant Praduman from Bihar starts the game from where he left last time; at 12.5 lakhs. How far will he go? Find out tonight?

Next, the episode welcomes this weeks ten new contestants. First on the hot seat is Baijnath Mandal from Asansol, West Bengal. In between the game he reveals to Mr. Bachchan that he is a big fan of Anushka Sharma and requests AB if he could connect him with her. AB fulfills Baijnath’s wish and connects him with Anushka. Baijnath praises Anushka for her acting skills and tells her that he would like to take her to Venice for a date. Anushka giggles and replies that the entire planning will be her responsibility.