Karan Johar on his Koffee with Karan 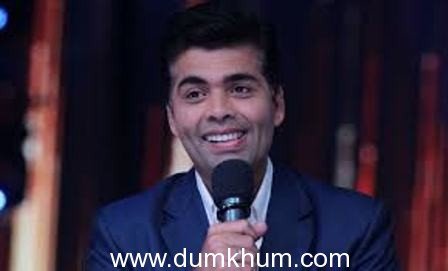 Koffee with karans fourth season has created a buzz and excitement amongst the participants. Karan Johar the host describes it to be casual irreverence and fun vibe during the conversations with his guest. There were a set of different combinations and also first timers like Salman khan , Aamir Khan and Akshay kumar seen on the couch this season.
Karan finding it one of the best seasons says ” its been great this time, very happy and easy. The brand has been enhanced. Also, the show has been at all – time high on social media front. And on the video sharing website too, because people have been revisiting the episodes for a repeat viewing”
The rapid fire round has been appreciated the most for its competitive nature, Karan says ” I love it when they’re competing for the hamper. We can do an entire show on the ‘Hamper wars’. The celeb guests want to win the hamper and the quiz, that’s also why they drop their guards in excitement”
Karan promises to keep the fun going strong in his upcoming episodes.