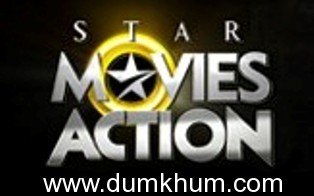 Get an exciting and exclusive opportunity to meet the invincible IRON MAN in your city!

Crowned as 2013’s highest- grossing film and also the second highest grossing film of all time, Iron Man 3continues the epic, big-screen adventures of the world’s favorite billionaire inventor/Super Hero Tony Stark, aka ‘Iron Man’. In this sequel, Tony Stark faces an enemy whose reach knows no bounds. When Stark finds his personal world destroyed at his enemy’s hands, he embarks on a harrowing quest to find those responsible. As he fights his way back, Stark discovers the answer to the question that has secretly haunted him: does the man make the suit or does the suit make the man?

Star Movies Action has put together a host of thrilling activities to promote the television premiere of the stalwart film. Giving die hard Marvel fans an exclusive chance to meet the ultimate superhero, spectacular life-sized IRON MAN figurines will be set up in select outlets in Delhi and Bangalore. In Mumbai, a special meet and greet IRON MAN opportunity awaits visitors, as the superhero will visit High Street, Phoenix Malls, Lower Parel on 24th January from 5pm onwards. Visitors get a fantastic opportunity to get clicked with the IRON MAN and create memories that stays with them forever.