After 16 weeks of hard core dancing extravaganza, India has chosen Gurmeet Choudhary as the winner of COLORS dance reality show, Jhalak  Dikhhla Jaa! Gurmeet a novice and stiff dancer wooed the audiences and judges with his macho moves and stylish grooves to become a dancer par excellence. His never say die attitude got him a lot of support from his fans and well-wishers that helped him bag the coveted title. Rashami Desai Sandhu and Rithvik Dhanjani were the first and second runners up respectively. Awarding the winner were our ever inspiring jury, the purrrrfect Madhuri Dixit; blockbuster director Karan Johar; and ace choreographer, Remo D’souza. three finalists, but share stage which created an epic moment. Gurmeet Choudhary was the lone survivor who started his journey of Jhalak Dikhhla Jaa from day one. Along with his talented Choreographer Shampa, he showcased some breathtaking performances like robotic hip hop, semi classical moves and international dance forms like Rumba and Paso Doble. The judges were impressed by his dedication, hard work & seamless energy. His performance graph was filled with highs and lows especially after his shoulder injury but under Shampa’s guidance, he bounced back as a fighter. Gurmeet walked away with prize money of Rs. 40 Lakhs and the title of the winner of Jhalak Dikhhla Jaa! When asked, Gurmeet said, “When I came to Jhalak Dikhhla Jaa, I was just an actor but today, I can proudly say that I’m a good dancer too. I’d like to thank my wife Debina for her love & support. And most of all, I would like to thank all my fans and supporters who have stood by me through both the good and the bad times. I am where I am only because of them.” On the occasion of the Grand Finale, Manisha Sharma, Weekend Programming Head, COLORS said, “The objective this year was to deliver a never seen before experience of Jhalak Dikhhla Jaa for our viewers. We are delighted with the appreciation for the show coming in across demographics and geographies making it the best reality dance show on Indian television.” 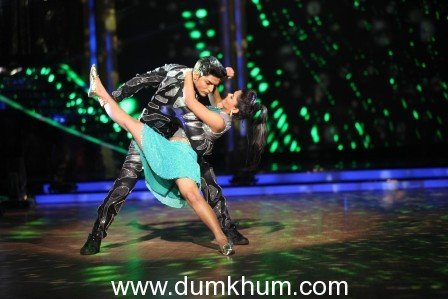 “The essence of Jhalak Dikhhla Jaa is making non-dancer celebrities into dancers. Gurmeet’s journey is a fine example of this journey. This season all of the contestants raised the bar of their performances by experimenting with new dance forms and concepts. The jury brought in their own flavour to make this season a memorable and entertaining one.“

With innovative and engaging concepts like dancing to a live band, paying tribute to 100 years of Indian cinema, andgetting paired up for performances with international Dancing with the Stars winners, this season of Jhalak Dikhhla Jaa stepped out of its zone and fulfilled all the promises by providing the audiences with wholesome entertainment.