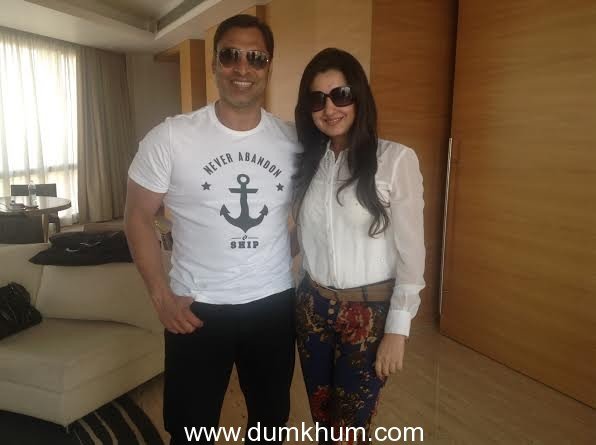 Giving it back to Mother Earth! Shoaib Akhtar supports  Earth 21 Project!
Couturier & an EcoFashion supporter Amy Billimoria gear up this Earth Day launching her collection Earth 21, a unique project paying a tribute to the Revolutionary Vladimir Lenin!
Cricketer Shoaib Akhtar comes forward in support for the noble cause as the Global eco Brand Ambassador for Earth 21co-hosted by Actor- Chef Amrita Raichand!
The Launch of Earth 21 at Mumbai’s largest premium lifestyle shopping mall, Phoenix Marketcity, Kurla!  Band INDIVA with a special opening act on the occasion of Earth Day!

A unique project, a noble initiative by Couturier & Bridal Specialist Amy Billimoria, supported by Amrita Raichand on the finale of Earth week on the 26th April, Earth Day is celebrated by more than 200 countries worldwide. The designer on completion of 21 years in the fashion field and eco-fashion pays tribute to the Father of World Environment Vladimir Lenin.
The collection is a prêt range of co-ordinates which includes fluid palazzo pants, crop tops, draper tops with variating  length, very funky and cool summer couture inspired by the true elements of nature, the various aspects of mother earth, and the color palette is vast and arid included fern greens, burnt roses with a tinge of yellow and gold.
Supporting the cause in a big way is legendary cricketer & fastest bowler in the world Shoaib Akhtar who will be seen sporting an attire specially designed using eco friendly fabrics promoting the cause. Amy talks about her design for the cricketer, “It’s a linen jacket teamed with denims & a shirt. The styling is very contemporary and Young!”

Amrita Raichand as the co-host of the show, “Earth 21…my friend & designer Amy Billimoria’s initiative is very close to my heart. I always wanted to work towards better environment for our children, our future & couldn’t have asked for a better opportunity for the same.”

Also Band INDIVA consisting of Merlin D’souza, Vivienne Pocha, Hamsika Iyer, and Shruti Bhave will be performing live flaunting resort wear attire designed by Amy using stretch cotton blends in ethereal whites to create a BoHo chic look!
The core essence of Earth 21 lies in the idea that with every outfit sold in this line Amy will donate a tree to mother earth, “Every little step contributes to the bigger picture.”

The unique initiative will see the top models of the gliteratti at the launch; Sucheta Sharma James, Diandra Soares, Kavita Kharayat, Shamita Singha, Mashoom Singha & Shanaya Tuli. Shoaib Akhtar shall pledge to plant a sapling & nurture it till it becomes a tree along with Amy Billimoria & Amrita Raichand. Fever 104 is the radio partner and D fashion are the digital partner.