For COLORS – 2014 Has Been An Entertainment Extravaganza!

2014 has been a great year for the Hindi General Entertainment industry with content taking a new course and definition as COLORS went beyond the ordinary to touch viewers’ hearts with innovative and engaging programming avenues. As the curtains on the year draw to a close, 2015 comes with the promise of being an action-packed year, taking viewers to the next level of entertainment with its Colorful Palette of content.

A New Dawn : Some Heartwarming Tales

Udānn, the brainchild of creative genius and ace director Mahesh Bhatt which took flight on 18th August, 2014, narrates the story of Chakor, a free-spirited young girl who is born during some unfortunate circumstances owing to which she finds herself victim to the social evil of bonded labour. Chakor (Spandan Chaturvedi) faces life’s menacing situations with positivity and determination. Chakor’s life turns around when she encounters IAS Officer Ishwar (Sandeep Baswana) who introduces her to education and nurtures her love for sports by encouraging her to pursue her passion for athletics. Chakor’s endearing story has been chalked out by award-winning writers Robin Bhatt and Javed Siddiqui, with support from a strong cast including Sai Deodhar-Anand, Sai Ballal, Rajiv Kumar, and Prachi Pathak among others. 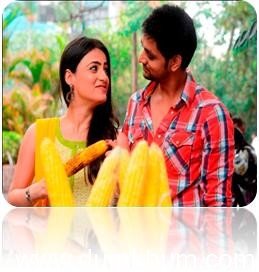 COLORS came together with Ekta Kapoor’s Balaji Telefilms with their third television offering – a story of unrequited love – Meri Aashiqui Tum Se Hi which premiered on 24th June, 2014. As childhood friends Ranvir (Shakti Arora) and Ishani (Radhika Madan) find themselves facing ups and downs in their lives which change the face of their friendship. The two friend turned foes, end up tying the knot in a marriage where even as Ranvir makes it evident that his love for Ishani is never-ending, Ishani continues to grapple with the past and what has transpired in her life. With Meri Aashiqui Tum Se Hi COLORS highlights the love-hate relationship and chemistry between the sweet and likeable Jodi of Ranvir and Ishani whose rooted values have been an instant hit with viewers. 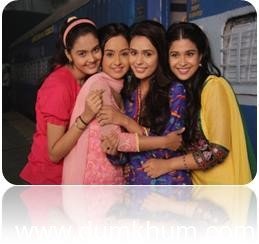 COLORS kicked every evening starting 21st July, 2014, with the story of theShastri Sisters – Alka (Neha Pednekar), Anushka (Ishita Ganguly), Devyani (Sonal Vengurlekar) and Peeya (Pragati Chourasiya) who move from the quaint town of Kanpur to the country’s capital city of Delhi. As the girls absorb the culture of the new city, life continues to hurl challenges at them in the form of love, life, blues and landlord troubles. With Alka’s married life taking off, the focus is now on the budding love relationship between Ishita and Air-force engineer Rajat (Vijayendra Kumeria). With various elements creating difficulty in their union, the next chapter in their journey during the New Year will determine whether love will reign supreme or if the negative characters will tear them apart.

Sasural Simar Ka, the tale of two sisters Simar (Deepika Samson) and Roli (Avika Gor) reached the millennium mark which was celebrated through a special episodic series shot in Hong Kong which reunited the show’s estranged lead pair – Simar and Prem (Dheeraj Dhoopar). Even as the show’s chartbusting content and the love-filled banter between Roli and Siddhant (Manish Raisinghan) continued to enthrall viewers.

Love Stories that hit it off with the viewers 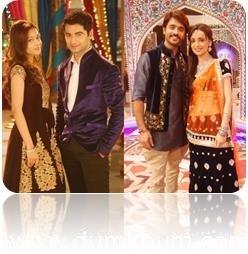 With Beintehaa, COLORS explored a new taste of love set against the backdrop of Muslim milieu which reached its climax this year with Zain (Harshad Arora) and Aaliya (Preetika Rao) finally finding everlasting love in each other. The show had kicked off as Zain and Aaliya’s love-hate relationship gradually progressed to showcase their friendship which bloomed into uninhibited love. Zain and Aaliya’s chemistry found many fans, much like Rudra (Ashish Sharma) and Paro (Sanaya Irani) who ruled the roost with their sizzling jodi on Rangrasiya. Their complex relationship cemented the pathway for an intense saga filled with not only love but also a journey that engaged viewers at every step. Even as the seasons of love change with Zain-Aaliya and Rudra-Paro’s lives meet with a happy ending, their pairings have become an audience favourite earning them the legendary couple status on television. 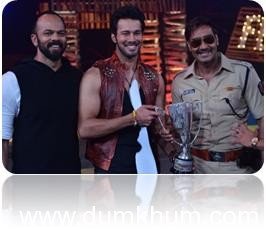 The most successful season of the show till date, Khatron Ke Khiladi: Darr Ka Blockbuster brought together 16 celebrity contestants as they battled it out under the expert guidance of stunt architect Rohit Shetty. A unique blend of thrill, fear and entertainment, the element of ‘Darr’ was amplified manifold as the stunt pushed the contestants’ boundaries unlike ever before making the show a true ‘Darr Ka Blockbuster’. After weeks of relentless stunts, actor Rajniesh Duggall proved his mettle as he emerged to be the winner of the show’s most challenging season yet and walked home with the title of being the ultimate Khiladi. 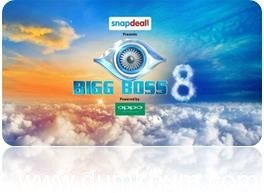 Undoubtedly the most looked-forward-to television event of the year, this season ofBigg Boss, hosted by superstar Salman Khan intrigued viewers like never before. The television phenomenon – an unprecedented game of emotions – took contestants on a rollercoaster ride showcasing love, friendship, pain, tears and anger among others. Be it the introduction of the Secret Society comprising of 3 Unknown Faces, living in the confines of an uncomfortable plane with barely reclining seats as chair-cum-beds, or the budding romance between Diandra and Gautam, and Puneet’s aggressive behavior which led to his untimely exit and subsequent return while being punished in jail, this season of Bigg Boss has seen many ups and downs. The initial journey which started in the confines of an airplane has today reached the Bigg Boss house where the contestants continue their journey to emerge as the winner.

Comedy Nights With Kapil: Topping the Charts Week on Week 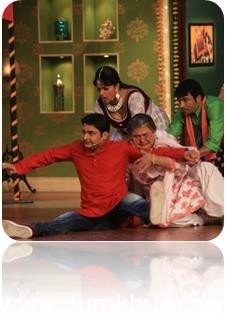 Taking the country by storm, Kapil Sharma’s popular show, Comedy Nights With Kapil, went on to gather more momentum as the show not only crossed the 100-episode mark but with the show’s social media presence attracting more than 15 Million Fans! Comedy Nights With Kapil took centre stage as Bollywood bigwigs such asAmitabh Bachchan and Rekha, cricketers like  Virat Kohli, legends like Sunil Gavaskar and Kapil Dev graced the show for the very first time thereby making it the one-stop destination for celebrities looking for a platform to interact with their fans. The biggest highlight season, undoubtedly, was Comedy Nights With Kapil partaking in the celebrations marking the completion of 1000-weeks of the epic love saga, Dilwale Dulhaniya Le Jayenge in the company of not only the movie’s leads Shah Rukh Khan and Kajol but also with the film’s supporting actors including Mandira Bedi, Farida Jalal, Anupam Kher and Pooja Ruparel. The celebrity line-up on the show went beyond tinsel-town to include appearances by eminent personalities from the world of sports and journalism. The cast of the show also headed to Dubai for a special weekend extravaganza which resulted in many accolades and much fanfare! 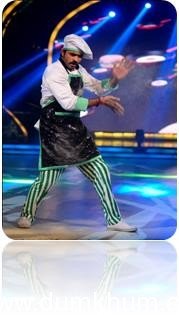 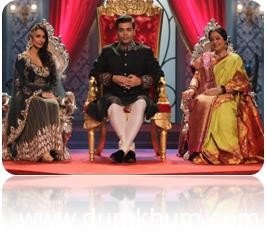 COLORS’ premier talent reality show, India’s Got Talent made a comeback for its fifth season and beckoned the country’s most talented individuals through a ‘Shahi Farmaan’. Coming back to judge the show for a second season in a row were television’s royal trio comprising of the queen-bee Kirron Kher, the regal Karan Johar and the alluringly beautiful Malaika Arora Khan. After many rounds of competition and spending weeks on the edge, a stunning group comprising of 13 Kathak dancers called Raagini Makkar and Nadyog Academy emerged as the winners. Competition remained at its peak as Jhalak Dikhhla Jaa came back for another season to showcase the ‘alag’ factor that made the contestants truly outstanding.  The neck-to-neck competition was further intensified by the inception of challengers this season that brought out the best in each contestant. Judges Madhuri Dixit, Karan Johar, and Remo D’Souza, who returned for the third season, along with international guest judge Maksim Chmerkovskiy pushed the contestants unlike ever before. The finale saw Shakti Mohan, Mouni Roy, Karan Tacker and Ashish Sharma present some incredible performances at the end of which television hunk Ashish Sharma emerged as the winner.

Shows With A Midas Touch 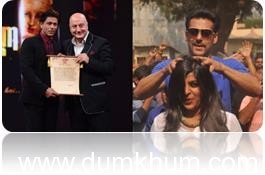 Sunday evenings became synonymous with inspiration as COLORS introduced shows like Mission Sapneand The Anupam Kher Show – Kucch Bhi Ho Sakta Hai as two motivational properties which encouraged viewers to lead more wholesome lives. While Mission Sapne allowed celebrities from different walks of life to step into the shoes of the common man for a day and earn their daily wage, The Anupam Kher Show – Kucch Bhi Ho Sakta Hai, inspired viewers to firmly believe in their dreams and move ahead in life successfully with a fair share of ups and downs. Both the shows were widely appreciated for their soulful content with viewers waiting with bated breath for the next season to launch and spread more smiles. 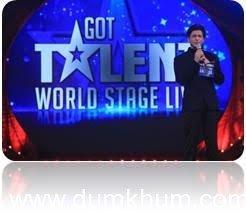 As an evening of talent and entertainment kicks off in front of a live audience for the first-time-ever, the Got Talent World Stage LIVE proved to be a starry affair as the most happening stars from Bollywood came together under one roof. The evening witnessed a sizzling Priyanka Chopra making an aerial entry for a spellbinding act. Varun Dhawan took the centre stage on a medley of chartbusting numbers while Jacqueline Fernandez looked piping hot in a little red dress as she captivated the audience with her seductive moves. Anchors Shah Rukh Khan and Manish Paul kept the viewers entertained with their rib-tickling humour as they introduced the spectators to some superlative talents from India as well as across the globe!
SETTING STAGE FOR 2015!!! Chakravartin Ashoka Samrat 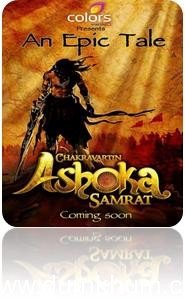 Chakravartin Ashoka Samrat brings to life the historic saga of Emperor Ashoka, which has never been seen or heard before on Indian Television. Through this show, COLORS narrates the incredible life of Emperor Ashoka, and his journey from being born in the woods to find his place on the throne as the Greatest Emperor in Indian history. The enthralling story with a powerful star cast including Pallavi Subhash, Siddharth Nigam, will come to your television screens in 2015. 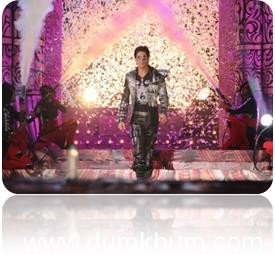 2014 has been a smashing year for the Indian Film Fraternity and now, three entertainment giants – COLORS, Sansui and Stardust will be coming together for the first-time-ever to present the first, biggest and most credible awards show: the Sansui COLORS Stardust Awards. The awards will celebrate the achievements and finesse in film-making that have been achieved in the year gone by. Taking the show to the next level will be some sizzling and high-voltage acts by Bollywood’s most entertaining and loved actors such as Shah Rukh Khan’s daring aerial perfomance, Kareena Kapoor’s tribute to the evergreen ladies of the Kapoor khandaan, Madhuri Dixit-Nene’s tribute to the most-loved Disco songs, Parineeti Chopra’s tribute to leading actors from the 80s, and Sonakshi Sinha and Arjun Kapoor’s display of their Tevar among others. Adding more dazzle to the evening will be hosts Karan Johar and Riteish Deshmukh along with Saif Ali Khan as they create some rib-tickling moments that will leave the audiences clutching to their sides. Going beyond the conventional film awards, Amitabh Bachchan will be honoured with the International Icon of the Year Award recognizing his contribution towards the growth of the industry. All in all, Sansui COLORS Stardust Awards will be one grand affair to watch out for with all of Bollywood coming together to celebrate the hard work and determination of the teams and raise a toast to all the winners. 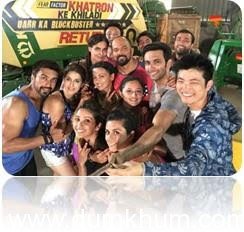 Kicking off 2015 with a high, the action-packed adventure show makes a comeback on COLORS as Khatron Ke Khiladi: Darr Ka Blockbuster Returns. Rohit Shetty, who joined the Khatron Ke Khiladi family last season, is back again for yet another adrenalin-filled season that is ready to unfold in the breathtaking locales of Cape Town in South Africa. The new season promises to be bigger, edgier and scarier than ever before as contestants push their boundaries to emerge as the ultimate Khiladi. The line-up includes Sana Khan, Sagarika Ghatge, Ashish Chaudaray, Iqbal Khan, Rashami Desai and 8 more contestants along with the added twist of a challenger who, in the company of Stunt Wiz Rohit Shetty, are ready to take Cape Town, South Africa and viewers by storm!