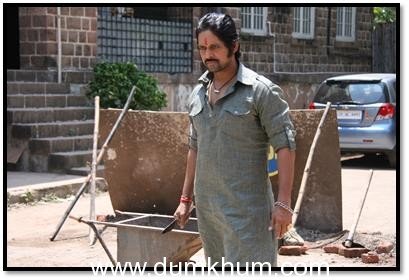 Shankar popularly known as Shankya, was an infamous Indian gangster in the Mumbai underworld who was the first underworld Gangster to be killed in an ENCOUNTER!!

Having formed his gang in his early days in college, Shankya wanted to create a mark in underworld and reign supreme as the ‘Bombai ka Baap’. In order to make his presence felt he attacked a police station leaving behind a message saying ’Bambai ka baap has arrived!’ The cops were shocked at this daredevil attack on them and knew they have to fight back and get this Shankya arrested before public lost faith in the justice system.

With nothing to fear Shankya was unstoppable. Mumbai cop’s inspector Bhagat and inspector Ajay were hot on their heels. Soon they figured out his weak spot his girlfriend Vidya and through her they were able to trace him which led to his ENCOUNTER!

Tune in to Sony Entertainment Television from Friday to Sunday at 09:00pm