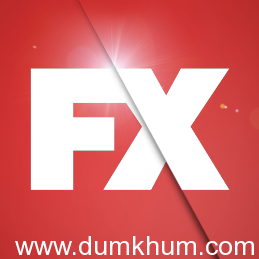 In today’s fast paced world where people are constantly on the go, FX brings to its discerning viewers their exciting new proposition, FX Torrents. This novel concept launched by FX will bring to the viewers a wide variety of television viewing, which includes a gamut of genres of the latest cult and award winning shows soon after their International telecast. But it doesn’t stop there; the weekend programming on FX is all set to become more exciting. Starting October 4, 2015, viewers will now be privy to the latest episodes of highly awaited shows like Homeland Season 5, Affair Season 2, Empire Season 2 and cult favourite Doctor Who Season 9 right after the international telecast, making their weekends more enthralling than ever.

The brilliant line-up of shows starts on 4th October 2015 with the popular music drama, Empire S2 which will air  every Sunday at 10 pm. Season 1 witnessed a whole bunch of famous guest stars and the music found its way to the Billboard No.1 list beating even Madonna. Season 2 will also see some big names like Lenny Kravitz, Mariah Carey, Ludacris and Pitbull along with guest stars like, Chris Rock and Alicia Keys. Already creating waves, the new season will see the tables turned as Lucious is arrested and the fight for the empire intensifies. Empire has been ranked as FOX’s highest rated series premiere in 3 years garnering an IMDB rating of 8.2- Empire has gone on to become one of the most prestigious shows on FX.  As quoted by New York Times-“Empire has prestige, great music and gifted actors”.

The action continues as one of the most awaited shows, Homeland S5 will air in India just a week after the international telecast. Homeland S4 garnered an IMDB rating of 8.5 and went all out to win 8 Emmys including Outstanding Drama, 5 Golden Globes including Best Television Series. Season 5 is set two years after the previous season and has Carrie working for a private security firm in Berlin. But the only way out for her now is back in! To know what’s going to happen next do not miss the action on Homeland S5 premiering only on FX from 10th October 2015 onwards, every Saturday at 10 pm.

FX will also air S9 of the British science-fiction television show, Doctor Who. With an IMDB rating of 8.9, it has been credited as the World’s longest running, record-breaking, Sci-fi series. The recently launched trailer for Doctor Who Season 9 gives a glimpse into what is expected, making viewers wonder if the hunter would now be hunted? This season will also see Maisie Williams (Arya Stark) as a guest star.  A winner from the start, with 5 BAFTA TV awards for best series, 6 Hugo awards, 7 nominations for Saturn awards, 16 National TV awards, 2 Writer’s Guild of Great Britain Awards and 14 BBC awards, Doctor Who Season 9 will premiere on FX starting 4th October 2015, every Sunday at 11 pm only on FX.

FX brings to you the latest season of one of the most talked about shows-The Affair S2. The Affair S1 garnered an IMDB rating of 8 and a Rotten Tomatoes’ appreciation of 95% along with Golden Globe awards for Best Television Series and Best Actress. Ruth Wilson has also been awarded for the Emmys for her role in the show. Introducing two new points of views, The Affair S2 is set to air on 10th October 2015, every Saturday at 11 pm only on FX.

The wait is now over, FX torrents is set for an unparalled TV viewing experience with a roller coaster ride of spell binding plots, starting on 4th October 2015; the only thing worth waiting for!