Revealing the inner mechanics of the human mind

New Delhi: Get ready to be exposed to the reality of the most familiar, interesting topic of the world – US! Discovery Channel has announced the launch of THE MIND CONTROL FREAKS – the series exposing the vastness of the mind and the power to control minds’ vulnerability. The series introduces four new experts to Discovery Channel exposing the viewers to the inner mechanics of the human mind. The professionals will do things unimaginable and unbelievable to audience – see it to believe it on THE MIND CONTROL FREAKS.

The 10-part series premieres every Monday to Friday starting July 27 at 8 pm only on Discovery Channel. 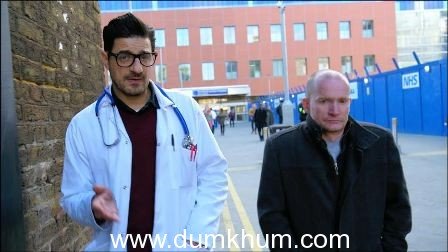 THE MIND CONTROL FREAKS reveals to you the fragile and vulnerable mind and how through manipulation it can be controlled leaving you defenseless – Using a range of techniques and tricks playing with the power of suggestion, hypnosis and psychological control.

When you realise that everything originates from the mind you will be amazed with what all mind could do, leaving you to decide whether you want to be the controller or the controlled! Introducing four uniquely talented experts from different backgrounds to Discovery Channel – Alexis Conran as maestro of manipulation, a performer best known for his role in the BBC series The Real Hustle by Objective Productions; Liv Boeree, a world class poker champion with love for science and nature; Lewis Le Val an expert hypnotics and mentalism; and Pete Wardell – considered one of the world’s finest sleight of hand experts. 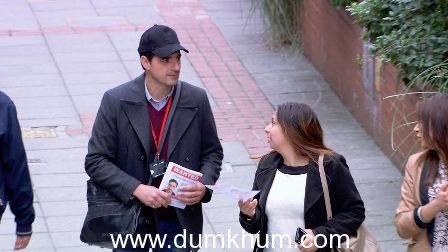 They use clever psychological tricks and mind manipulation techniques to blow your mind away. What’s more is that these unsuspecting individuals have no idea that their actions are under someone else’s control.

Watch Alexis persuade a complete stranger to give them their car keys, a 230-pound boxer unable to crush a polystyrene cup and witness a man completely forget his fiancée. THE MIND CONTROL FREAKS is the junction between entertainment and psychology which takes you deeper into the power of the human mind.

Discovery Channel, the flagship network of Discovery Communications, is devoted to creating the highest quality non-fiction programming in the world and remains one of the most dynamic networks on television. First launched in 1985, Discovery Channel now reaches 196 million subscribers in Asia-Pacific. Globally, Discovery Channel is one of the world’s most widely distributed television brands, reaching 441 million subscribers in more than 220 countries in 45 languages. It offers viewers an engaging line-up of high-quality non-fiction entertainment from blue-chip nature, science and technology, ancient and contemporary history, adventure, cultural and topical documentaries.

Discovery Communications (Nasdaq: DISCA, DISCB, DISCK) is the world’s #1 pay-TV programmer reaching 2.5 billion cumulative subscribers in more than 220 countries and territories. Discovery is dedicated to satisfying curiosity, engaging and entertaining viewers with high-quality content on more than 200 worldwide television networks, led by Discovery Channel, TLC, Animal Planet, Investigation Discovery and Science, as well as U.S. joint venture networks OWN: Oprah Winfrey Network and the Hub Network. Discovery also is a leading provider of educational products and services to schools, including an award-winning series of K-12 digital textbooks, and a digital leader with a diversified online portfolio, including Discovery Digital Networks. In Asia-Pacific, eight Discovery brands reach 612 million cumulative subscribers in 37 countries and territories with programming customized in 15 languages and dialects.