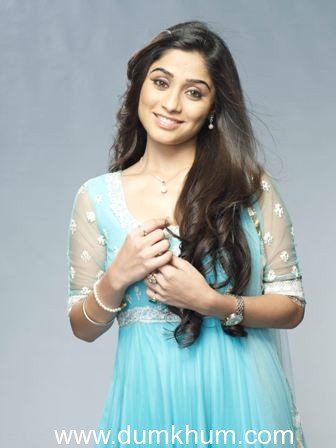 In tommorrow’s episode Rahul rushes to area outside ehsaas studio. His access card does not work so he tries to gather Ehsaas attention by knocking on the glass door but Ehsaas does not notice Rahul and announce the aaded song by Aaradhya on radio. Aaradhya is super happy as her plan is successful now and confident that Ehsaas has to meet her to get the song. Aaradhya now makes a call to Ehsaas when she tells him that she has the song with her but she will only give it to him when he meet her personally. Ehsaas agrees as he has no choice. Rahul is angry on Aaradhya. Madhav is nervous he is sleepless. he gets flashes of Aaradhya asking him aap aayenge na??and he remember the flash when few girls makes fun of his look, some getting scared of him. and he gets nervous. next day dadi gives Prerna gold necklace which Prerna refuses saying whoever accepts her has to accept with her original looks and not with this heavy gold necklace. Rahul meets Madhav and tells him he has brilliant idea on how to take the song from Aaradhya without meeting letting her know who is ehsaas.at college Aaradhya with friends tells them that she is so excited of meeting Ehsaas that she will curls her hair to look good when she meets Ehsaas. peon spoils her mood saying Bharti maam has asked her to give Ehsaas picture for the college posters. Madhav and Rahul leaving for office when Bharti ask Madhav to return home early as one family is coming to see Prerna for marriage. Madhav agrees. Madhav is buying muffler when Aaradhya reaches same location one of the theif takes away her purse and runs when Madhav follows him blows him hard. When he is about to pick up the purse the record falls off it has Mohammad Hassan written on it he keeps looking at it.