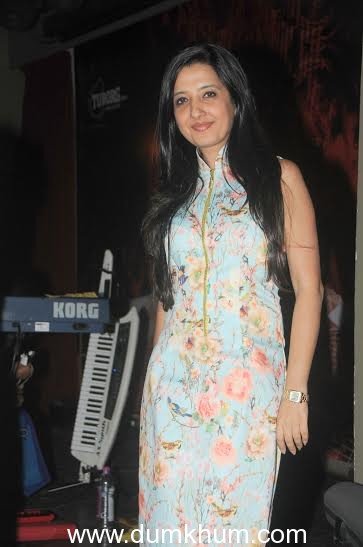 The capital city of our country Delhi faced a horrifying incident, the sole witnessed to the horrific, barbaric gang rape and murderous assault on a 23-year-old woman on the night on December 16, 2012 completed two years. However, the repercussion of the incident are still fresh in the hearts of the nation, hence to honor the brave girl who fought for her life, designer Amy Billimoria lends her support wholeheartedly to “NIRBHAYA” The event commenced with the entire venue heart felt prayers for the girl and raising voice against exploitation of women and offering means and ways.  to eradicate the difficulties faced by women. To lighten the ambience, in aid to render her support designer Amy Billimoria auctioned one of her best designs as an epitome to depict Power of a woman. The proceeds of the auction to be used for the betterment of women and empower them for a better future. Amongst the numerous sartorial designs designed by Amy Billimoria, she picked her personal favorite in order to offer the best for the noble cause. Where Amy garnered praises for her ethereal design, the garment caught everyone’s eyes balls and became the ultimate desired outfit.  Band Indiva made a special anthem and offered to auction amys outfit in support and aid .

Honored to be supporting “NIRBHAYA” designer Amy Billimoria says “It’s an honor to be chosen to support “NIRBHAYA”. It feels great when your work can benefit the society especially women. God has given us women the privilege and the ability to bring life to the world so nobody has the right to disrespect and ill treat women. “NIRBHAYA” is a tribute to the girl who fought for her life and didn’t give up.