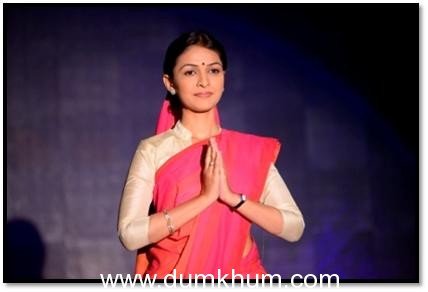 Nandini comes to Raghuvanshi mansion to do the decorations for Ambika’s birthday party. During the decorations, Uttara insults her and asks her to get out. On knowing this, Gayatri sends Rajvir to bring him back. Uttara takes it on her ego and decides to teach her a lesson. Inderraj who comes to the party with the motive to find the secret behind Rajvir’s growing popularity, sets Sushant on this task and Sushant is about to see Rajvir’s return ticket in his room, and then again in the corridor, but misses it. Before Nandini can see it, Kishen singh takes it from her and is given to Suryamaan by Gayatri to be kept safe from everyone.

Rajvir sends a bouquet to Nandini’s house to express his thanks. Nandini continues to bring people’s problems and they are solved by Rajvir and Abhay. Seeing Rajvir’s growing popularity, Gayatri wants him to stay back, but he refuses. Ambika intervenes and reminds Gayatri to stick to her promise of involving Rajvir in politics only for one month. Vikhyaar & Rajas come on the eve of Ambika’s birthday, but due to some date goof up, the venue and decorators are not available on the date of the event. They end up calling the National decorators, to Uttara’s dismay. Duggal is exhiliriated. Nandini si asked to go and she reaches at the Raghuvanshi gate with Rohan.

Nandini does not like class discrimination in the house as there is a separate door for servants. She clicks pictures and comes up with decoration ideas. Uttara insults Nandini by saying she has copied her designs from elsewhere as they are good and she cannot admit that a commoner like Nandini could think of something so good. Uttara asks her to leave. Suryamaan, who has witnessed this, immediately informs Gayatri and for damage control, Rajvir is sent to bring back Nandini. Nandini goes on with the decorations, but this is unacceptable to Uttara as her ego is hurt. Ambika and Gayatri tell her to not behave in such a manner and Uttara decides to teach Nandini a lesson.

Party decorations are going on and Nandini gets on a ladder to correct a decoration. Uttara seeing the opportunity pays someone to move the ladder and Nandini ends up falling in Rajvir’s arms. Its awkward moment for both of them. Uttara is furious as her plan didnt work. Decorations are done and nandini goes home to rest as there is sometime before the party. Nandini dreams that she is dancing with Rajvir, and is woken up by Duggal’s call. She realizes she is late and rushes to the party. Party has alredady started. Inderraj enters with the intention to find out any secrets about sudden increase in Rajvir & PRP’s popularity.

Inderraj makes several attempts to find out the truth, but Gayatri has alredy told Suryamaan and Abhay to be alert and keep Rajvir away from Inderraj. In the attempt to this, Suryamaan interrupts Inderraj’s conversation with Rajvir. Suryamaan realises his goof up as this is against family principles. Inderraj’s doubts are confirmed that there is some secret. Sushant who overhears about something in Rajvir’s room, goes up there to look, when Suryamaan with Kishen singh also go to Rajvir’s room to get his musical notes for Ambika’s surprise gift. But they miss seeing Sushant. The return ticket somehow slips from the musical note that Kishen singh is carrying and Sushant is about to see it, but misses. Nandini picks it up but before she could see it, Kishen singh takes it from her and gives it to gayatri, who is shocked and asks Suryamaan to keep it safe.

Tune in to Sony Entertainment Television from Monday to Thursday at 9:30pm