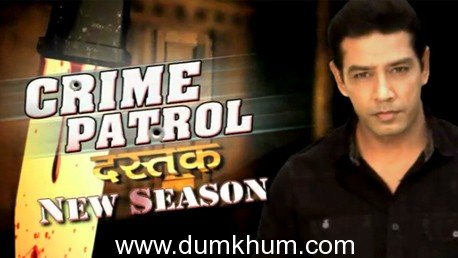 This Episode brings forth the life journey of Shiv Vartak, a 30 year old guy who is a member of the Quick Response Team, a division of the Maharashtra Police.  The Quick Response team is headed by PI Aadesh Surve, who in April 2013, was at the bedside of his ailing father. PI Surve, was very close to his father and is shattered when his father doesn’t survive. Putting aside the pain of his father’s loss, PI Surve joins back on duty. During his class with the Quick Response Training team, he comes across Shiv Vartak. It’s an introductory session in the class where the team members are talking about themselves. On his turn, Shiv tells him that he only knows that his father’s name starts with an “S” and has a vague memory of his mother’s name being Lakshmi. Shiv stays in a hostel in Thane. Finding Shiv’s answers to be quite puzzling, he asks Shiv to meet him after the class. Inside PI Surve’s cabin, Shiv shows him a tattoo on his hand which reads the name Shiv S. Vartak. Shiv tells PI that he knows his name and surname only because of this tattoo. Surve wonders about Shiv’s native place and the story behind. Shiv reveals that he got separated from his family 24 years back. He had stepped out of his school along with two of his friends Billoo and Sanjay for an adventure, which he now doesn’t remember. They had taken a train and had gone to a station. Billoo and Sanjay had asked Shiv to wait at the station, saying that they would return to take him along. They did not return and after waiting for a long time, Shiv started getting scared and just wanted to return home. But he didn’t know which way to go or which train to take. He finally boarded a train and reached a station which was very crowded. He knew that it was not the station near his home but didn’t remember where his home was. Tired and scared he slept near a beach.  The next day morning, seeing him cry, a lady accosted him. She took pity on him, took him to her home, gave him food to eat. He then started working with the lady’s son. They used to clean the seats and floor inside trains and then ask for money from people. He was pining for his home, did not have any idea about its whereabouts. One day while returning after his day’s work, he met with an accident. He woke up in a hospital. Dr. Vaidya told him that he had been badly injured and had been in semi comatose state for quite some time. He also told him that the lady who had taken him under her wings no longer wanted him.  After a few months, the hospital transferred him to Anand Kendra, which was a home for  orphans. Shiv started living at Anand Kendra. Knowing that he had studied up to 3rd standard, he was put in a school where he started studying. At the Kendra, the mess manager, Ashfaque Karim, fondly called Abbu by everyone became his friend, philosopher and guide. Abbu, made the children get up early and do exercises. Shiv was good at running. When he was in 7th standard, the Krida Prabhodhini authorities had come to his school to select candidates for athletics. Shiv, being a good runner got selected. He was then shifted to the Krida Prabhodini hostel in Thane. Here he continued studying further and also started participating in athletic meets. Several years later, the Krida Prabodhini authorities, encouraged him to apply for the police force as a constable. Shiv did that and was selected in the police force. Shiv now joined the police force as a constable on general duty. He worked for two and half years in general duty, when he was told to apply for the Quick Response Team. Shiv did that and got selected. He was now in the Quick Response Team. PI Surve is amazed hearing of Shiv’s journey. He asks Shiv if he ever tried searching for his family, his home.  Shiv says that he did not try because he was not sure if he would be ever find them. Surve asks him if he wants to look for his family. Shiv looks on with moist eyes and says that he has been longing for his family, his home for long. The pining has remained dormant inside him for a long time and meeting PI Surve had rekindled the longing and hope inside him.  On the other side, staying in a low grade jhuggi, Shiv’s mother Parvati and his sister Anusha are going about doing their daily chores.  Will Shiv be able to find his family?? After accomplishing so many feats, will Shiv be able to overcome the biggest challenge that life had thrown at him?

This episode brings forth the last and concluding chapter to Shiv Vartak’s life long journey and his search for his family. After speaking at length to PI Surve, Shiv ponders over the question of trying to find his family. The next day he goes to PI Surve and tells him that he does not want to go out in search for his family after 24 years. He says, that over these years he had somehow managed to console himself by shutting down the memory lane. He was scared that if this time the search for his family did not yield any fruitful result, it would shatter him to the core. He did not want to go through that pain and disappointment again. But PI Surve, still believed that Shiv should give it one more chance, because he felt that somewhere his family must be pining for him in same way. At the Anand Kendra, Abbu also echoes the same beliefs of PI Surve and tells Shiv that he should at least try looking for his family once, before giving up. At the Quick Response Training (QRT) centre, PI Surve motivates the class by telling them that the QRT members are amongst those few selected people who will be faced with impossible situations at all times and it was their responsibility to never give and fight till the end. After this he tells the members about Shiv’s lost family and asks if any three people besides Shiv would like to volunteer in the search for his family. A team of four including Sachin, Rajan, Ajeet and Shiv is made and is given the task to locate Shiv’s family. They all start searching the web and social networking sites. They ask Shiv that since his surname is Vartak, he must be a Marathi and thus most probably belonging to Maharashtra. Shiv says that he does not remember, so they all go to Anand Kendra and ask Abbu about it. Abbu tells them that though he does not remember, Archana who had got Shiv to the Kendra would know about it. Upon asking Archana about it, she tells them that Shiv was always very fluent in Marathi. Thus they conclude that Shiv must be from Maharshtra only. PI Surve asks the team to utilize their Sundays and visit different parts of the state to look for Shiv’s family. The team members divide themselves and head to Nashik, Pune, Sholapur, Kolhapur, Alibaug, Matheran and all such neighboring cities in Maharshtra. However, even after 2 weeks of search, they fail to find any clue as to the whereabouts of Shiv’s family.  Upon Sachin’s suggestion, they all begin hunting for a missing complaint that might have been lodged by Shiv’s parents. However, this also does not give them direction. PI Surve himself visits the National Records and Statistics bureau, looking for any record of missing complaint. But this too does yield any results. Shiv on his own tries hard to remember every tiny detail of his childhood which might lead him to his family. On the other hand, on the occasion of Ganesh utsav Lakshmi refuses to visit the pandal as she has been doing for the past 24 years, since the day Shiv got lost. She had refused to celebrate any festival. At the QRT campus, PI Surve calls and asks Shiv about Mamu Bhanja, something which he had told the doctor after his accident. Shiv says that he does not remember anything about it. They even go on to enquire Archana and Doctor Vaidya about it. But both had no idea about what the phrase meant. But luckiliy, a constable, Mahesh Rajaram tells PI Surve that Mamu Bhanja was a dargah, in the Hanuman Tekri area. PI Surve visits the dargah and asks the maulvi about Lakshmi Vartak. The maulvi tells the PI that he does not know about Lakshmi, but he could enquire about her in the jhuggis around the area. PI calls the team and asks them to enquire in the area. In the jhuggi area, Ajeet comes across an old man who knows Lakshmi Vartak. He calls Shiv to the jhuggi and then both make their way to Lakshmi’s jhuggi. Lakshmi who had gone out for work, returns to find to young men waiting outside her house. After initial enquiry, the mother and son have an emotional moment. For 24 years, both had been yearning for this day only. At last, Shiv’s search for his family comes to an end on a fruitful and happy note.