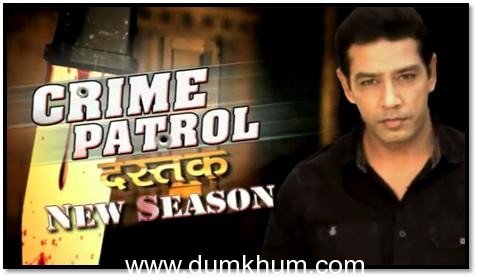 This episode salutes a braveheart teenage girl Rajni Pathak (Name Changed) of a small village Simaluguri, Assam who against adversity displayed exemplary calm and compose and managed to save her not only herself, but several younger students of her school as well. Rajni was on her way back home in a bus carrying other students when a man held the vehicle hostage on gun point. The robber forced the driver of the bus to keep driving the vehicle towards the outskirts of the city. Sensing danger the little children panic but Rajni who was the eldest in the group kept her calm and asked the children not to panic. The police in the meanwhile was aware that the robber was in the loose with two guns at his disposal. They knew that this gunman was involved in a ruckus in a local bar same day and had even fired at people who tried to intervene and stopped him. The police had alerted all the check points and ordered the bus to be stopped but the gunman managed to give them a miss as he forced the driver to speed off. This triggered a dangerous chase between the hijacked bus and the police and this panicked the children furthermore and some of them begin to scream and cry. Panicked and irritated himself the gunman started shouting at the children, but Rajni requested the children not to panic and not raise a hue and cry. The driver of the bus keeps speeding till the vehicle gets stuck in a ditch which forced the gunman to abandon the bus. He wanted to take one of the little girls named Pinky with him as hostage but Rajni managed to convince the gunman to spare Pinky and take her (Rajni) as hostage instead into the deeps of the jungle. Words of Rajni held hostage by an out of mind gunman in the meanwhile spread like wildfire and her family members coupled with fellow villagers launched a rescue mission themselves. It was evening by this time and the jungle where the gunman had taken Rajni into soon engulfed in the dark of the night but police and people continued their search for Rajni and the gunman, though in vein. The night went by with Rajni’s family members and other people having premonition about her fate. But the next morning brought out a pleasant surprise when news came that some 80 kilometers away from the scene of action, from Dibrugarh police station that Rajni was with them. It so happened that the gunman who otherwise had no intention to harm Rajni, escaped when Rajni fell asleep as she was very tired. In the morning when she woke up, Rajni could not find the gunman around. Thus getting an opportunity she escaped. She kept running in the thick of the jungle till she reached a tea garden near Dibrugarh and sought help from a 60-year old man named Biswajeet, who in turn alerted the Dibrugarh police who took Rajni under their protection and informed the police in her town about her whereabouts. Next, the police intercepted the IMEI number of bus driver’s phone handset (which the gunman had snatched from him while escaping) and tracked him down near Simaluguri Railway Station and arrested him.