Winner of Dancing With The Stars 2014 Maksim Chmerkovskiy joins Madhuri Dixit-Nene, Karan Johar and Remo D’Souza on the jury panel ~ 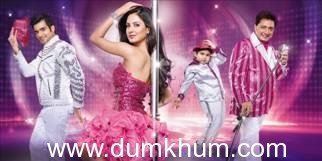 You’ve seen them dance, you’ve seen them pirouette, you’ve seen them leap and perform aerial stunts. But don’t think you’ve seen it all just yet! With a brand new season of Jhalak Dilkhhla Jaa all set to make its appearance on COLORS on 7th June at 9PM, the stakes have been upped and the challenge is to showcase something ‘alag’ this time. So how exactly is this season going to be different? This season the audiences will be introduced to some unusual and unheard of dance forms like Capoeira, Zouk, Bolero and many more from all the corners of the world. 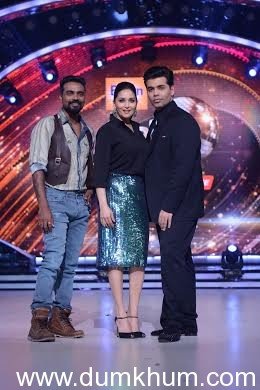 The woman known for her latkas-jhatkas-and-thumkas, Madhuri Dixit-Nene makes her come back, albeit in a sexier, hotter look which is sure to set hearts racing faster than ever as she shakes a leg to some new dance forms. Karan Johar, who seemed to be the easiest to please until now, is going to be seen as the no-nonsense judge focusing purely on the performance. Choreographer-jury member extraordinaire, Remo will be seen sporting a grunge look to go with his surly demeanor and he promises to be the one the contestants would be well advised to be wary of. And to up the ante and taking this competition to a truly international level would be Ukrainian dance expert, winner of the international Dancing with the Stars and new jury member Maksim Chmerkovskiy. Clearly, this season, there’s going to be no room for error. Average is not made for the Jhalak Dikhla Jaa. Announcing the launch of the new season Raj Nayak, CEO – COLORS stated, “Jhalak Dikhhla Jaa is a celebration of dance that our viewers from the world over love to be a part of. Season after season it becomes essential for us to push the boundaries of possibility and showcase something new and different. This season, we decided to bring the world to our Jhalak Dikhhla Jaa stage. Giving the stage a truly global flavor will be never-seen-before dance forms from all the corners of the globe to an exciting new jury member of international repute.” 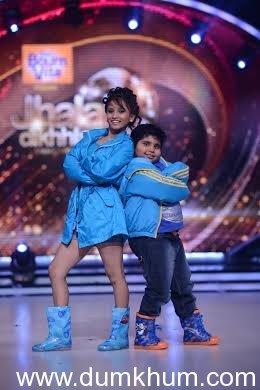 “We are also proud to welcome Cadbury Bournvita as the Presenting Sponsors for Jhalak Dikhhla Jaa for the third consecutive year thereby strengthening our existing relationship with the brand,” he further added. 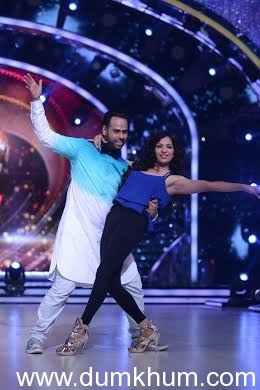 Hosted by Ranvir Shorey and last season’s winner Drashti Dhami, this season dancing and performances will no longer be confined to the dimensions of the stage but will venture outdoors as well. Upping the ante this season, audience favourites Salman Yusuff Khan and Lauren Gottleib will take on the role of adversaries and join hands to challenge contestants in an exciting dance combat. And to ease the tension on the floor, popular comedian Sudesh Lehri has been roped in to provide the much needed comic relief. Manisha Sharma, Weekend Programming Head – COLORS said, “Anyone can dance, but to clinch the crown the contestants on this season of Jhalak Dikhhla Jaa will have to showcase innovation and creativity in designing superlative performances unlike ever before. The creative team at COLORS is expanding their horizons to bring about some new and interesting elements. The judges have been given the power of granting immunity which will ensure that the most deserving contestants continue to present spectacular performances.” 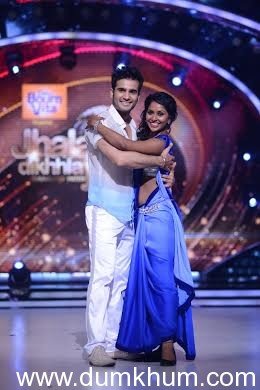 Back for the fourth season in a row, Madhuri Dixit-Nene said, “This season, it is not only a challenge for the contestants, but also for us as judges. I have been training in Latin dance forms and am looking forward to see some newer dance forms from the contestants as well.” 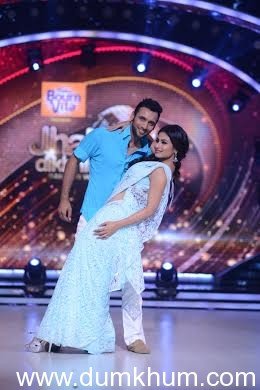 Karan Johar added, “Dance may not be everyone’s cup of tea, but this year, I have something special to give away to those contestants who wow us with unique and commendable performances – a specially designed pair of dancing shoes. I am hoping for the best dance maestros to emerge this season!” 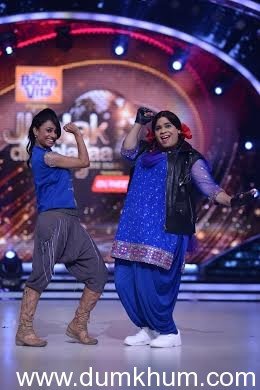 Remo D’souza concluded, “Every season of this iconic property has been an enriching experience not only for the viewers but also for every member who has been a part of the show. With such an interesting mix of contestants and choreographers, it’s a no brainer to say that this season of Jhalak is here to rock.” Myleeta Aga, SVP and GM, BBC Worldwide, India and Content Head Asia said “We are very excited to see Jhalak Dikhhla Jaa, the Indian adaptation of BBC Worldwide’s acclaimed format Dancing With the Stars grow from strength to strength each season.” She further added: “The format has been sold to over 50 countries, and has been incredibly successful in India. 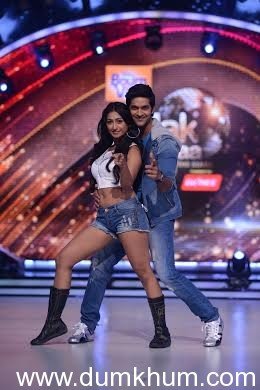 To make this season even bigger than the last, we have, together with COLORS, brought to the show, some of the best dancing talent the world has to offer. We are committed to deliver a high octane series with superior international production values.” 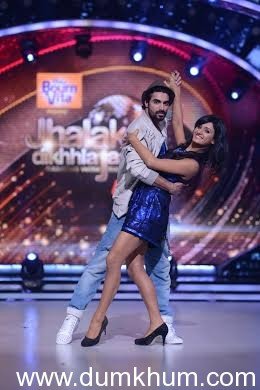 With Jhalak Dikhhla Jaa gaining prominence across the country, COLORS aims to take the virtual world by storm by designing a host of activities to engage fans. From Snapchats to behind-the-scenes ‘selfies’, celebrities are going to share every moment of their journey on Jhalak Dikhhla Jaa with their fans at the click of a button. 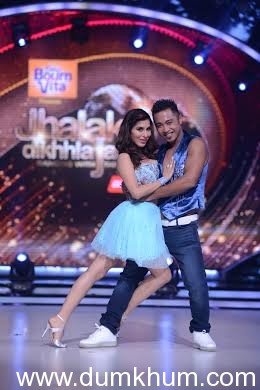 That’s not all! Fans of the show are going to be presented with an opportunity of a lifetime, where they will be given a unique chance to submit their own dance videos to their favourite Bollywood song. One lucky winner will get the chance to fly down to the city of dreams and shake a leg and groove with their favourite dancing star! The channel has planned a multimedia campaign across TV, Radio, Cinema, Cable, Digital, Outdoor and Ground activation across markets. 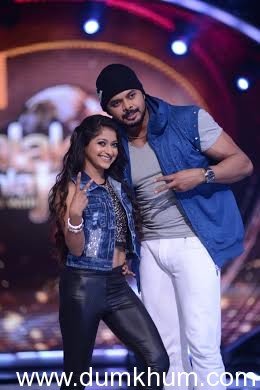 The new season of Jhalak Dikhhla Jaa will see Cadbury Bournvita return as Presenting Sponsors for the third season in a row along with Gionee Smartphones who join the dance brigade as the Powered by sponsors for the show. Other associate sponsors who have been roped in include Ultratech Cement, Liberty Shoes, Ruchi Soya Industries and Clean & Clear. 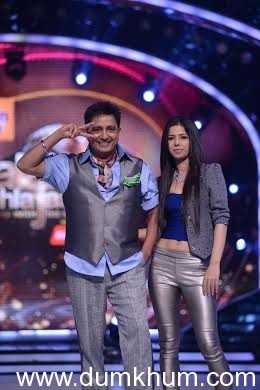 The different take on the Game of Dance begins with a brand-new season of Jhalak Dikhhla Jaa on 7th June 2014, every weekend at 9.00 PM on COLORS!