COLORS brings alive the human face of stardom through Produced by Actor Prepares Production, Season 1 of the show Premieres on 6thJuly, 2014 every Sunday at 8.00pm on COLORS The life of a superstar is the stuff dreams are made of. A life enigmatic and king sized. However, that’s just one side of the image that we as viewers get to witness. So, who were these people before they became the reason for a million heartbeats going aflutter? Were they born into a life of luxury and stardom or was stardom just handed to them? Are their lives really so different from ours? Did they or do they still have moments of doubt? Where do they find inspiration? Did they have to deal with parents who just didn’t get them? What are their real thoughts on dancing in the streets of Europe to songs with weird lyrics? Intriguing questions all, and veteran actor and a master teacher, Anupam Kher has set out to get them answered by the very people we see and idolize and sometimes put up on a pedestal through The Anupam Kher Show – Kucch Bhi Ho Sakta Hai, Starting 6th July at 8 PM. Anupam Kher is all set to take viewers on an exciting journey where the stars will step down from their ivory towers of glamour and high life to bare it all an open, honest and fun filled conversation. 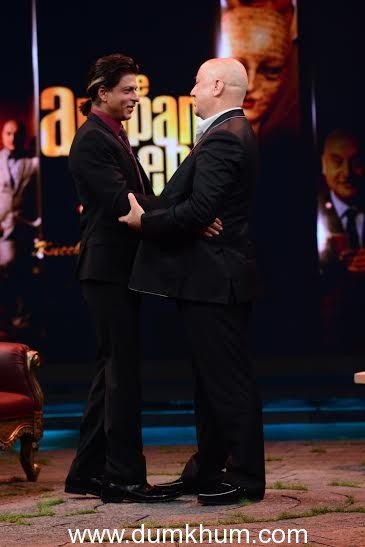 The Anupam Kher Show – Kucch Bhi Ho Sakta Hai – Season I, a show hosted and produced by Anupam Kher, provides viewers an unprecedented glimpse into the lives of their favourite celebrities, as they reveal stories of faith, hope, struggle, victory and success. While the series kicks off with the superstar of Bollywood Shah Rukh Khan who shares bittersweet and sometimes rib-ticklingly funny anecdotes from his life, subsequent episodes which will air every Sunday will feature artists and prominent personalities like Mahesh Bhatt and Alia Bhatt, David Dhawan and Varun Dhawan, Akshay Kumar, Vidya Balan, Kangana Ranaut, Kapil Sharma, Naseeruddin Shah and Om Puri, Parineeti Chopra and Aditya Roy Kapur, Sonam Kapoor and Arjun Kapoor, and cricketer Yuvraj Singh. Talking about success is the easiest thing to do. But the road to success is often paved with a lot of obstacles, sacrifices, tears and testing times. And talking about those times often requires strength of character. Helping the viewer’s take notice of this inner strength of people admired for their outer beauty and talent will be actor extraordinaire Anupam Kher. These are people who have marched through life taking the good with the bad, the happy with the sad. But they soldier on, with a smile on their lips and the ability to look back and laugh at their own naïve mistakes. Until now, you’ve sung and danced with them, it’s time to shed a tear, smile and laugh with them. It’s a show that will help viewers understand their idols not from the perspective of fans but that of a friend. A show filled with stories of hope, inspiration, love and laughter, it embodies the essence of our life because in life, literally, Kucch bhi ho sakta hai! Commenting on the show’s concept, Anupam Kher, Producer of Actor Prepares Production said, “Having experienced the bitter and sweet sides of life first-hand, I was looking for an outlet to share stories of self-motivation with audiences to tell them that they are not alone. During the course of the series, viewers will get an insight into life with the ultimate learning that nothing is impossible if you just believe. I would like to thank my friends and colleagues for supporting my venture and lending their names to my first television production and giving me an opportunity to showcase them as the people I have grown to know, appreciate and love.” 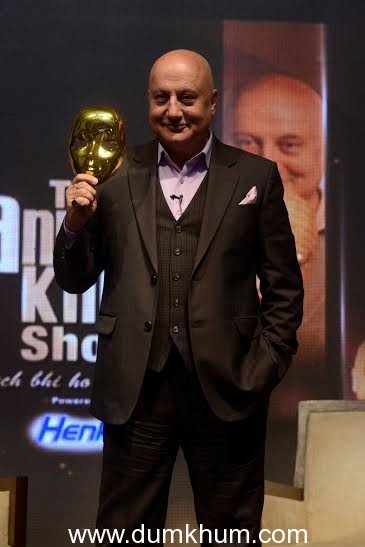 The idea behind the show is not to provide just a peek into the faces behind the lights, camera and action, but to give the viewers’ inspiration to learn from those they idolize. These are stories of love, passion, perseverance and kindness which everyone can now access through the show and also through a robust digital campaign. Conversations just like on screen are sure to erupt on social networking sites when fans access exclusive behind-the-scenes content and much more. The show is sponsored by Jyothi Laboratories’ Henko. It’s time to connect with the stars you love in a way you’ve never been able to before. Share their laughter, feel their pain, discover stories and be inspired only on 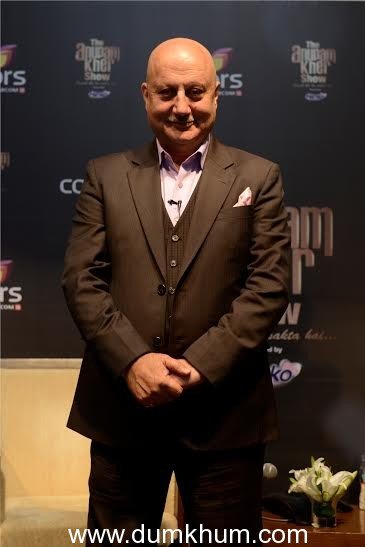