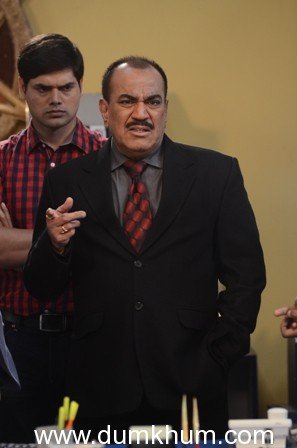 A man Diwakar dies while eating food on his dining table who has major OCD of cleaning things and using it… According to doctor he died of food poisoning but his wife calls CID because it is impossible for him to die of food poisoning.. Salunkhe shocks everybody telling that Diwakar had consumed taramocia- brain eating insect which is not found in Mumbai.. the insect travels under the skin through brains… how this insect reached the Diwakar’s brain and killing other people also.. who is doing all this. Will CID be able to stop this crawling insect killing others.

A group of friends comes for a walk at marine drive in the night. they are walking when they hears a scream… they turn back and find out that a lady lying on the street and she is screaming out of pain… she has been stabbed and there is a knife lying near her…who killed her… no one saw anyone with her, she was alone…? Cops have been informed.

In the forensic Salunkhe shocks the cops that she has killed herself with the same knife… that means she committed crime but why? That too at the middle of the road… why she did like this…? ACP cannot believe that she has committed suicide. There something more to it… cops starts the investigation as they come to know that wherever she was seen before died … bomb blast took place…she left a blue colored suitcase with bomb in it… cops suspects that she was the member of some gang and was working under them… but the mystery is unsolved as why she killed herself?