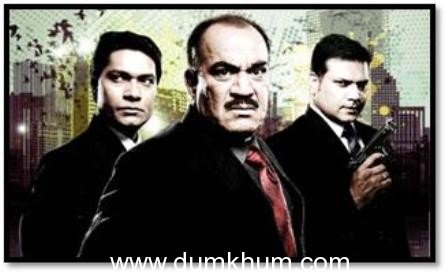 In the tonight’s episode, a man is found running on the road in bloody clothes with a dagger and carrying a 2 years old baby.  Crowd tries to stop him but he runs away threatening the crowd. CID is called by the crowd and to the utter shock of cops, the man is found dead and baby is missing. Nobody witness the murder of the man. Cops later find out that the dead man is a private detective and he was keeping an eye on baby and his family. The baby’s family is also missing. Cops wonder what happened to the family and where is the baby when there is no ransom thing. CID team has to find the baby at the earliest because the kid is allergic and he needs an injection. Cops are running hunting for the baby and to solve the mystery behind kidnapping of the baby when the case is not about ransom.

Tune in to Sony Entertainment Television on 26thJuly @10:00pm

The city’s bomb squad is surprised to find a strange bag left alone under the seat of a movie theatre. But when they open the bag to defuse the bomb… they are surprised as there is no bomb in the bag… only a severed human hand… CID cops from the finger print the hand find out that the hand belongs to the famous business man Saurabh… but when the cops go to check on him… they are surprised to find him fit and fine at his house… with both his hands intact… Cops are further surprised when they are told the DNA of the hand also matches with Saurabh. And soon the cops find out that the man who had left the hand in the theatre himself is found dead and is a very learned scientist. What is the mystery of this extra hand? How come Saurabh has an extra arm… and doesn’t even know about it.

Tune in to Sony Entertainment Television on 27thJuly @10:00pm

Shilpa , a traumatized TV actress recovering from her fiance’s death and  stalker incident  hires an assassin that he can kill her anytime – because she does not have guts to commit suicide. She tells him that she must die, in any situation. However, everything goes upside down, when the self-murder plan that Shilpa has made for herself with the assassin is applied on her brother and sister-in-law, along with a life threatening attack on her mother. Shilpa is forced to take CID’s help and tell them the truth when cops confront her. It’s a baffling riddle for cops as well – why are other people dying Shilpa’s death when Shilpa herself had wanted to die? Is Shilpa responsible owing to her fast deteriorating mental health?

Tune in to Sony Entertainment Television on 28thJuly @10:00pm