Children (8-9 years of age) from ‘‘Vidyarambham Trust’ – listed under not-for-profit organization ‘GiveIndia’, visited the cast/crew of Ramanujan while they were shooting in Nungambakkam, Chennai. The children expressed their excitement when they met Abhinay Vaddi, Suhasini Maniratnam, Bhama, Nizhalgal Ravi and the makers of Ramanujan’ among others.  Srivatsan Nadathur from Camphor Cinema enlightened the children and teachers about project management w.r.t time and resource management. 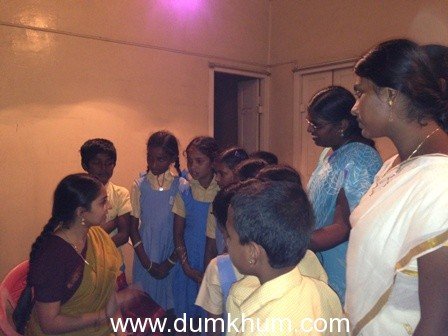 Talking about his experience, Abhinay Vaddi says, “The children from Vidyarambham Trust seemed a very enthusiastic bunch as most kids were running here and there excited to watch an actual shoot taking place. I got to meet them and interact with them both as Ramanujan and Abhinay -myself. When asked how they felt about their visit they all seemed elated and the smile on each one of their faces filled me with happiness. I questioned them during my interaction about Ramanujan and his life and just like you see in most films, every kid had their hands up waiting to answer it even before the whole question was put forth. They were or rather are one of the brightest bunch of kids I have come across. Meeting these kids and their highly motivated supervisors made my day even more emotional and eventful. I wish and hope more NGO’s come forward and make their children watch or rather experience meaningful cinema like Ramanujan which I am very proud to be part of. ” 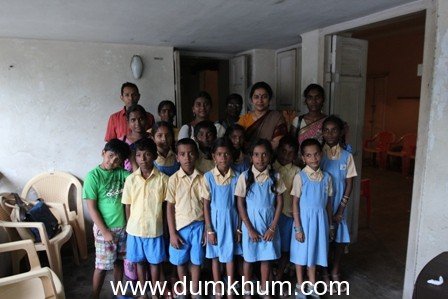 Nizalgal Ravi expressed, “It’s a great privilege to be playing the role of  Ramanujan’s father ‘Srinivasan Iyengar’ and the most interesting thing is that while shooting I got a chance to meet and spend time with NGO kids and their teachers. It was a great moment for me and for the entire unit and will always be memorable one for me. ”

Ramanujan is directed by national award winning director Gnana Rajasekaran and produced by Camphor Cinema, an independent film production company. The film tracks the journey of the ace mathematician from Kumbakonam to Cambridge.