~Sony PIX gives fans and viewers, an opportunity to watch ‘The Angry Birds Movie’ a day prior  to the premiere in India through a special theatrical screening~ Do you fancy winning tickets to the premiere of one of the most awaited movie and be a part of its special screening before its release? Sony PIX, India’s premium Hollywood movie and blockbuster channel gives you once in a lifetime opportunity to dazzle the ‘Green’ carpet and feel like a celebrity with PIX PREMIERE NIGHTS.

Gear up for the biggest amazement and be part of the theatrical preview of ‘The Angry Birds Movie’. On Thursday, 26th May.  PIX will host the movie premiere for 1300 PIX fans across 6 cities and 7 theatre screens one day before its official release date, an experience that is unmatchable. 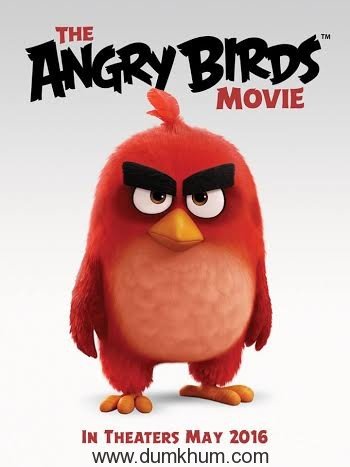 Sony PIX will amplify its association with the movie and run a 15 Days contest from May 7th to 21st on the channel’s Facebook page https://www.facebook.com/SonyPIX as well as on air. The channel will have over 1300 tickets up for grabs for this exclusive PIX PREMIERE NIGHT. The contest winners across Mumbai, Delhi, Gurgaon, Bangalore, Hyderabad and Kochi will be gratified with couple invites to the premiere and also get to click pictures with the movie memorabilia. PIX PREMIERE NIGHTS, a unique proposition for the viewers to exclusively watch the premiere of the latest Hollywood movies before their theatrical release in India is not just a movie show, but a complete Premiere experience hosted by PIX. Sony PIX has previously hosted PIX Premiere Nights for Spectre (2015), Expendables 3, The Hunger Games, Mockingjay, Fantastic Four, Robocop (2014), and The Amazing Spider Man 2 (2015), among others.