Bigg Boss house gets divided into popular clique versus the loners 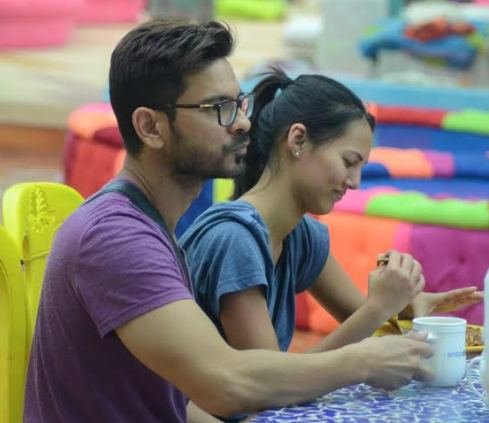 It’s high school time all over again in the Bigg Boss house! Day 64 begins with Bigg Boss asking the housemates to vote for the most insecure person inside the house.  While the two new wild card entries Nora and Giselle are excluded from being nominees in this poll, the housemates vote Priya as the most insecure contestant. After fetching her “insecure person” board, Priya announces that she is glad that she has not been coined as the most arrogant or rude person in the house. Later during the day, Rishabh is talking to Mandana and Giselle that he wants to look good in front of the viewers right now and is therefore being nice to Kishwer. He also reveals his plan to attack Kishwer when she least expects it and will hurt her the most. Rishabh tells Mandana that he may be playing for himself, but if a situation arises where she needs his support, he will be there for her. Mandana goes on to criticize her frenemy Rochelle coining calling her ‘two-faced’. The trio realize that the power in the house lies with their six co-contestants Keith, Rochelle, Suyyash, Kishwer, Prince and Nora. Later in the day, Rishabh and Priya guess the housemates who will be in the danger zone for the week after nominations. Rishabh makes it very clear that he is certain that Priya, Mandana and he will be a part of the nominated contestants list for sure! Next day, the housemates wake up to Gandi Baat. Mandana and Giselle are talking about Keith being a nominal captain because, in reality, the power lies in the hands of Rochelle and Prince. Speaking about Kishwer, Giselle says that she believes that Kishwer influences Suyyash and Prince too much. She also says that she does not really mind if Suyyash or Prince become the captains as they are good human beings. When Rishabh joins the conversation, Mandana asks him who he thinks is getting nominated and he names all four of them – Rishabh, Mandana, Giselle and Priya. The trio continues to speak about how Rochelle is already treating Nora like Prince’s girlfriend but Nora is too smart for that! Rishabh and Nora have a pool-side conversation where Rishabh tells her that he believes Nora is in her honeymoon phase right now and anything she says or does, he will forgive her for it. He also indirectly advices her to take her own stand instead of going with the majority.