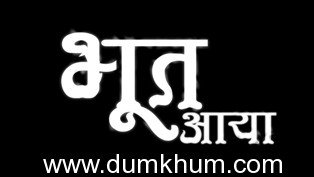 Sony Entertainment Television’s newly launched horror series ‘Bhoot Aaya’ will narrate the Bangalore based incident this weekend. It is a story of a model from Bangalore named Nisha. It was good morning and everything was fine. Her husband, Raj, had gone to visit Tirupati with a friend Naveen. That day her life changed suddenly. A phone call informed the family that Raj had met with an accident. The family got ready to move to the spot. However, Nisha got a call from Naveen. “Raj is saying you should not come here as Bubbly (daughter) is small and would be scared. We both are okay,” Naveen said. However, he refused to let her talk to Raj saying that he was getting medical aid. Nisha rushed down to tell her weeping family that she got such a call and both of them were fine.

But to her surprise she was told that the both Raj and Naveen died on spot. She could not believe it as she just had a talk with that person. However, in the great shock she was unable to understand what had really happened. She felt it was the end of her world. However, the coming days had something more horrible. Nisha felt that there was somebody near her, watching her. Initially, she thought that it was her deceased husband but the feel was too negative. Every time she felt so she went to her father. The only source of strength and courage left with her. The house she lived in had turned gloomy.  It was not the death of her husband but something more. And suddenly the family met another accident. Her father fell down from the roof. He wanted to communicate something with Nisha, but was unable to. Life came back on track. However, Nisha always felt that there was someone watching her.  But one day it started. She went on her bed to take a nap. A moment later she felt that there was somebody on her. She was unable to move. She could not speak. But could feel there was somebody who had taken full control over her body. She could not understand what was going on.

What is Nisha going through?

Will Nisha’s life come back on the track?

Every Sunday at 11:00 pm only on Sony Entertainment Television