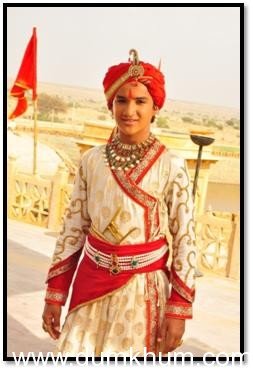 Pratap fights all Mahmud Shah’s soldiers & defeat them. Gauhar Jaan and Surtan watch it aghast. While he was fighting, Ajabde notices her lost mala in his neck.. Mahmud shah gets angry on his army’s defeat and pledge to take revenge against Pratap. Pratap, Ajabde and Phool returns to the palace where Pratap is very angry and walks off leaving Ajabde & Phool lost in thoughts. Pratap and rao mamrakh discuss about their plan against Afghans. On the other hand Gauhar Jaan is about to talk to Pratap when he ignores her and dasi taunts her and laughs at her. On the other hand Phool kunwar listening to hansabai about Pratap and his work for his nation as a warrior, Phool gets excited and this excitement results in slapping Gauhar Jaan unintentionally. Gauhar Jaan throws a poisonous needle towards Pratap but there is a hit n miss shot where Pratap leaves and Gauhar Jaan’s aim misses its target which angers Gauhar Jaan. Ajabde is confused about the mala that she saw in Pratap’s neck. On the other hand Hansabai meets Pratap before he leaves with Maamrakh to settle scores with Mahmud Shah and there Phool excitedly commits to cook food for Pratap.

Tune in to Bharat Ka Veer Putra…Maharana Pratap from Monday to Thursday 10.00 pm only on Sony Entertainment Television.