Her only plan was to win a beauty title, be a rapper & release an international music album but not only she won more than 1 title but she landed in Bollywood. We are talking about Ruhi Singh who has signed a film ‘Chahe Koi Mujhe Junglee Kahe’ under the legendary banner Bombay Talkies making a revival with this film directed by Nasirr Khan. Ruhi Singh blessed with the pretty looks hails from Jaipur & before she could complete her graduation she already had won titles of Miss Model of the World, representing India at China, Miss United Nations representing India at Miami & the biggest being a Femina Miss India finalist. Too young for too much, she has already signed 2 films, one of them being produced by one of the grandest banner ‘Bombay Talkies’. Bollywood happened to her when she least expected it! Ruhi exclaims, “I’d just begun. I always had this fetish for beauty pageants and I’ve had my share. I had my modeling assignments to do. One fine day I accompanied a friend to this audition she had to go for and that’s how I landed up in 2 movies. So yeah, I got really lucky.” 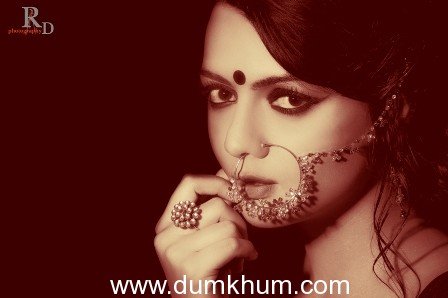 Rapping is where her heart lies, Ruhi exclaims, “Exactly. I’ve dreamt of giving an international hit album. I wouldn’t brag but yeah…I am really good at it. I am taking acting way too seriously and been attending workshops to learn more and brush my acting skills. I am at a happy place. Working with Nasirr Sir is fantastic & I am honored to work with Bombay Talkies. I know it is going to play a pivotal role in my career.”

She is beautiful & she knows it, Ruhi concludes, “If it is meant to happen, it will happen & I was to be an actor and that is happening. Everything came to me at the right time. I am ready!”