Akshay Kumar and Vipul Shah on the sets of CNWK Akshay Kumar and Vipul Shah visited the sets of Comedy Nights WIth Kapil for the promotion of Holiday. Akshay Kumar entered on a segway scooter and made Kapil and Siddhu try it as well. Akshay Kumar, who was visiting the sets of CNWK a third time over, admitted that he likes CNWK because it is not scripted. Even after having visited the sets thrice, Akshay still had the same amount of fun that he did the very first time. 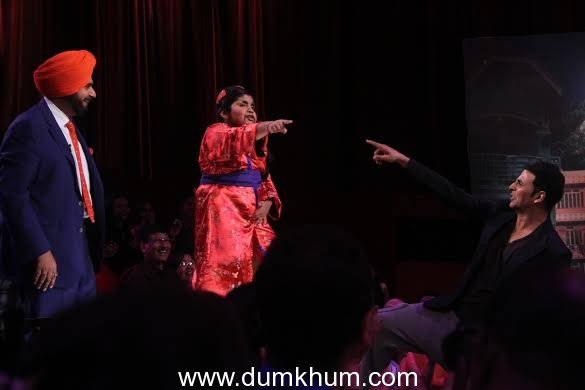