A crime Show with a

Almost every channel nowadays has a crime show but recently channel ‘Life Ok’ launched a new crime show named ‘Police Dial 100’ which has a very unique concept. The main feature of this show is that the police officers shown in the serial are not but are actual police officers. Telling about the show Police Dial 100, Delhi Police Commissioner Neeraj Kumar says, “This is the first crime show which runs without any script whereas the real incidents are shown. The audience will watch for the first time which they did not see anywhere else”. 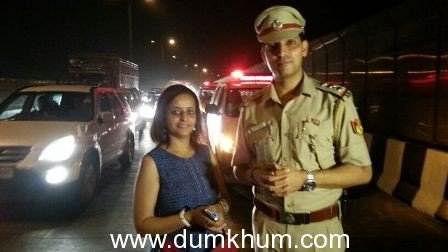 The show Police Dial 100 is broadcasted on channel ‘Life OK’ at 7 p.m. every Saturday and Sunday. On asking the director of the show Shruti Anandita about her thoughts on this very common genre of serials she says, “Yes, Crime is a very common genre on small screen, but this show is different as the police officers in the show are real ones and not actors. There are shows with the similar concept in the western countries but such show is introduced in India for the first time. We go on location with the police officers and shoot everything that is real. There is so script, no dialogue and not a single actor in the show. The job is very risky as we have to show the truth without interfering in any police operations.”

The TRP of the show Police Dial 100 produced by Endemol Production Company is increasing day by day as the audience wants to watch serials which show the truth.