‘24’ to premiere on Rishtey 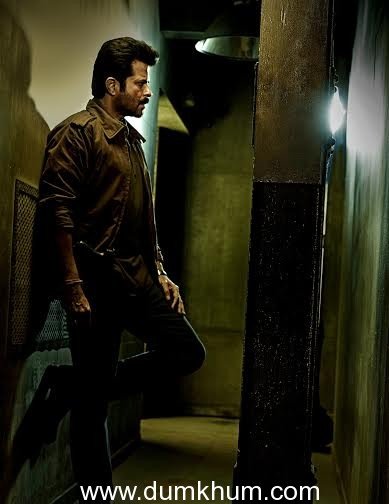 It’s been a little over a year since COLORS changed the face of Indian television with its path-breaking show, 24. And now, the riveting 24 hours in the life of Jai Singh Rathod which set the country pulsating in its first season is all set to make a comeback on popular demand on Viacom18’s second general entertainment channel Rishtey. The viewers will once again be a  part of ATU Chief Jai Singh aka Anil Kapoor’s  journey  as he  races against time to save Prime Ministerial candidate Aditya Singhania (Neil Bhoopalam) from assassination in this enthralling espionage drama, that redefined  Indian television through its slick narrative. The show will air every Monday to Saturday at 9.00 PM on Rishtey.

Speaking about bringing back 24 on Rishtey, Raj Nayak, CEO – COLORS and Rishtey, said, “Ever since the first season of 24 drew to a close in December 2013, audiences have been reaching out to us via different mediums requesting for a re-run of the show. We are now happy to announce that the show will air on Rishtey during the week and give viewers an opportunity to relive the action-packed moments that made the show truly exceptional.”

Adding to this ATU Chief Jai Singh Rathod aka Anil Kapoor said, “24 is very special to me. As an actor and a producer very rarely have I experienced such immense creative satisfaction as I have from this show. We were very fortunate that some of the nicest people in show business came together on this show and made the entire journey truly memorable. Everyone, right from the actors to the technicians put in 200% and that shows on screen. The feedback I have received, from viewers across all strata of society and across all age groups, has been very heartening and truly encouraging.”

He further added, “I am very happy to know that the team at COLORS is now premiering the show on Rishtey, which will give more audiences across the country the chance to experience the show. I hope that the new audiences enjoy watching the show and appreciate our efforts at presenting something different. Also, all fans of 24 who missed out on some episodes earlier or want to relive the entire journey will now get enjoy the thrill not just on weekends but on 6 days in a week on Rishtey. I am also ever excited to share that while viewers once again relish Season 1 of the show, we are already working towards season 2 which will be as thrilling and edge-of-the-seat as the first season.”

24 features the finest from the world of entertainment including Anil Kapoor, Anupam Kher, Shabana Azmi, Tisca Chopra, Anita Raj, Mandira Bedi and Neil Bhoopalam amongst others. The show is co-produced by Anil Kapoor Film Co. and Ramesh Deo Productions, directed by Abhinay Deo and adapted by Rensil D’Silva.