Zinda Bhag from Pakistan and Touring Talkies from India will be JIFF 2014 opening and closing film ! 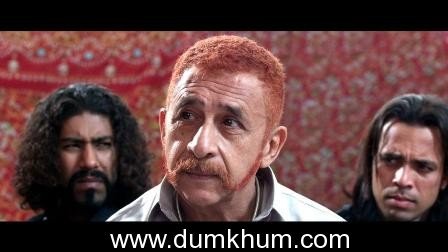 Zinda Bhag is Pakistan’s official entry to the Oscars this year. Set against the backdrop of the world of illegal immigration, Zinda Bhaag is a film about three young men trying to escape the reality of their everyday lives by putting their very lives at stake. Zinda Bhag, 120 minutes, colored- will give us a peep into what constitutes very day in the lives of many young men and women in Pakistan – a sense of entitlement that cannot be fulfilled, desperation to somehow prove themselves in the face of all legitimate doors being locked and an ennui from which they feel there is no getaway.

The film will be screened on February 1st, 2014 evening at Rajmandir Cinema Hall after the opening ceremony. JIFF 2014 closing film is Gajendra Ahire’s Touring Talkies. The film revolves around Chandi and struggle to save her touring talkies. Indian cinema started with the age old tradition of showing movies in traveling tents known as Touring Talkies and the film shows how this tradition still exists in the remote areas of India. Audience would be able to see how these touring talkies work and still exist in the age of digitalization.  The film was part of 289 films in the contention for Best Picture Oscar from India this year.

Touring Talkies will be screened on February 5th, 2014 evening at Golcha Cinema after the closing ceremony.