‘ZID’ IS NOT MY FILM says Vivek Agnihotri ! 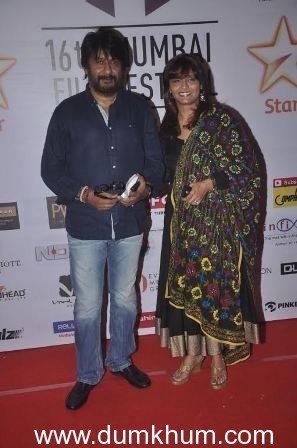 Imagine waking up in the morning and reading your name in associated with a job you never did, worse when it is a job you refused to do? Vivek Agnihotri was in a similar fix when the makers of ZID, claimed he had directed the film. The truth of the matter is when Vivek wrote the script for Anubhav Sinha, Agnihotri was of the impression that he is making a psychological thriller but somewhere during the making of the film, Sinha, without informing Vivek Agnihotri,  decided to promote ZID as an erotic thriller. “I left the film on moral and professional grounds,” clarified Agnihotri.

While Vivek is extremely proud of his find Barbie Handa now-known-as Manaara, he doesn’t want to be associated with the film at all, “I was hired to make an intelligent psychological thriller based on a Canadian film ’the Good Neighbour’ for which Anubhav had taken rights. The stars and the entire crew signed the film thinking they were doing a psychological thriller, somewhere down the line after Goa schedule, Anubhav decided to promote it like an EROTICA and he shot few posters without informing me. I took strong objection to it and  decided I don’t want to be a part of it, I  clearly told Anubhav that I didn’t want to be part of a film which I never shot and he gave me an impression that he understood. This was a good 7 months ago, we had only done the first schedule. I have no idea how the film has shaped up at all, cause I never shot the key portions. I did a schedule in Goa more than a year ago in 2013. How can I let my name be associated with something I don’t even know?“A Vivek Agnihotri Film’ should mean that I own every single frame of the film. How can I own a film which I have not finished? My next release will be “Buddha In A Traffic Jam’ which got rousing reception at recently held MAMI and after that T-series’ love story ‘Junooniyat’. As far as ZID is concerned its an Anubhav Sinha Film and I wish him all the best’.